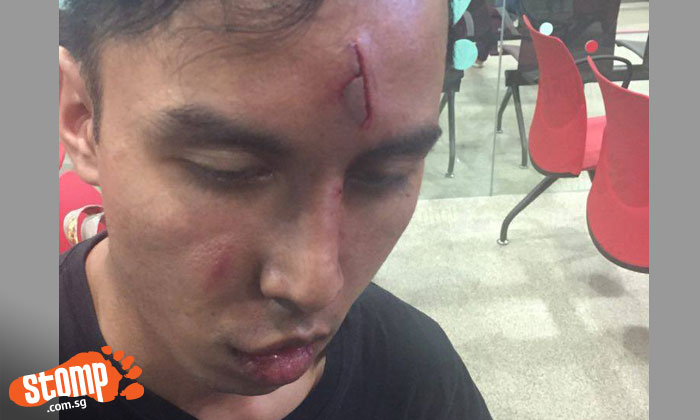 Stomper Nourra and her brother are appealing for videos and witnesses after the latter was involved in an accident at Choa Chu Kang North on Jul 22.

These are the details of the accident according to the Stomper:

The Stomper also described what happened in Facebook message and telephone interview:

"My brother was crossing the road when he was hit by a gold-coloured car.

"The make and model is unknown. My brother was unable to take note because of shock and blurred vision due to blood flowing from his forehead.

"The driver is an SAF personnel in uniform. My brother describes him to be an Indian man in his 40s.

"The driver stopped and got out of the car to check if my brother was okay but did not exchange any identification details.

"He then drove off towards the direction of Yew Tee Primary School after ensuring that my brother could get up.

"My brother had a laceration on his forehead, a nasal fracture and sustained injuries on his wrist as well.

"The both of us are urgently appealing for any dashcam recordings and witnesses of the accident."

Kindly contact us at stomp@stomp.com.sg if you have any information or videos of what happened.