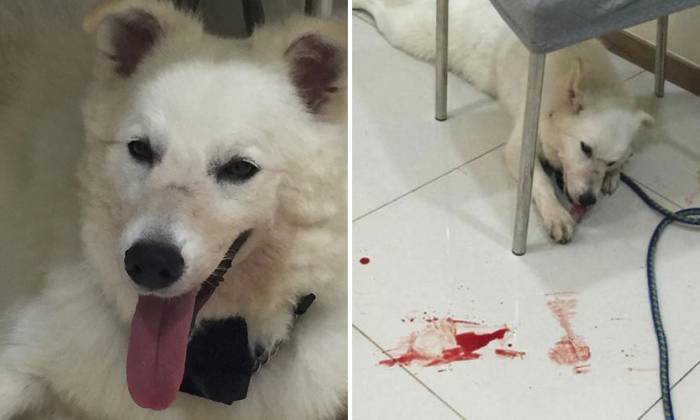 Remember Jim, the dog that was supposed to be put down after biting its owner's face?

Good news: He did not get put down after all.

A Stomper alerted Stomp to a Nov 10 post on Facebook by Jim's owner, Wendy Low, on DogLovers@SG's page, where she explained that she had gone for plastic surgery to fix her eyelid and decided to keep her pet dog.

Wendy explained that she adopted the dog from AVA, and that Jim had a bad ear infection when she first brought him home.

She brought him to the vet only to find out that he was badly abused by his previous owners and suffered internal bleeding.

Jim had previously attacked her face, and it was really close to her left eye. She even lost two of her nails. Apart from plastic surgery, she also arranged for Jim to be trained for his behaviour and attitude so that he would not attack any more people.

Wendy has since passed the dog to a friend to take care of it and added that Jim is doing well in his new home.

We are definitely glad the pooch has found a new loving home.