Over 4,800 cartons of contraband cigarettes seized at Woodlands Checkpoint 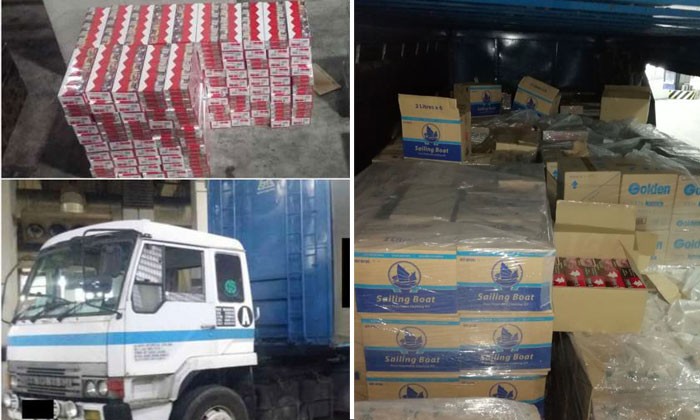 The Immigration & Checkpoints Authority (ICA) on Monday (Feb 6) seized a total of 4,844 cartons of duty-unpaid cigarettes from a Malaysia-registered lorry at Woodlands Checkpoint.

In a press release on Wednesday, ICA said the cigarettes were hidden among a consignment of cooking oil.

The lorry, which was driven by a 50-year-old Malaysian man, had been subjected to further checks by ICA officers.

Scanned images of the lorry uncovered anomalies, which upon closer checks were found to be cigarettes hidden among the consignment.

The driver, his lorry and the cargo were handed over to Singapore Customs for further investigations.

ICA said the potential duty and Goods and Services Tax of the cigarettes evaded amounted to $382,600 and $23,320 respectively.