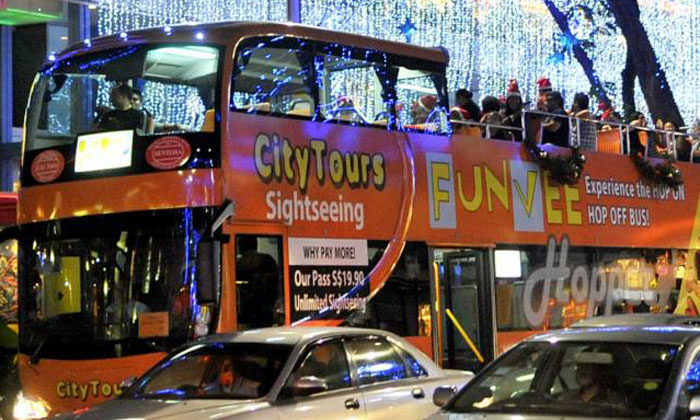 A Swiss man who has lived in Singapore for the past six years was injured in a freak accident while on an open-top double-decker bus on Oct 29.

The New Paper understands that Mr David Vassart, who is in his late 20s, is a relationship manager and an assistant vice-president at Credit Suisse, a Swiss-based financial services company.

He was injured after he was hit on the head by an unknown object while standing on the upper deck of an open-top FunVee Wow Night Tour bus.

The double-decker bus is run by City Tours and takes passengers on tours of historic sites and museums.

The route starts at Gardens by the Bay, passes by Merlion Park and ends at Bugis Street.

TNP understands that Mr Vassart, who is from Geneva and married with a daughter, is in a coma and on life support at the Singapore General Hospital.

When contacted, a City Tours spokesman said the company had given details of the incident to the authorities and declined to comment further.

One of Mr Vassart's friends, who declined to be named, told TNP: "We were shocked when we heard about the accident a couple of days later. We've always known David to be a fun guy who likes to party."

His LinkedIn profile said he moved to Singapore in 2010 to be an account manager with Credit Suisse.