One sent to hospital after lorry crane hits road divider at Woodlands -- blocking buses, forcing passengers to alight and walk 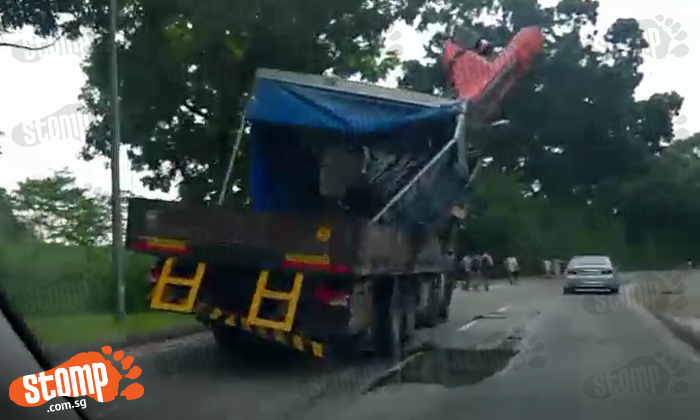 A lorry with a crane arm crashed into a road divider and caused an obstruction in traffic in Woodlands, at around 5.30pm today (Nov 27).

The accident happened towards the immigration checkpoint, after Mandai Road.

According to the Singapore Civil Defence Force (SCDF), one casualty was sent to Khoo Teck Puat Hospital.

Stomper Kelvin passed by the accident scene and sent Stomp a video via WhatsApp.

According to him, buses were unable to pass due to the accident, which led to passengers alighting and walking on foot.

"The whole road was full of passengers who alighted from the buses. The buses couldn't pass totally."

In response to media queries, an SCDF spokesperson told Stomp that they received a call for ambulance assistance at approximately 5.45pm and dispatched one ambulance to the scene.