Omg! There are going to be Wi-Fi hot spots in Hawker Centres? 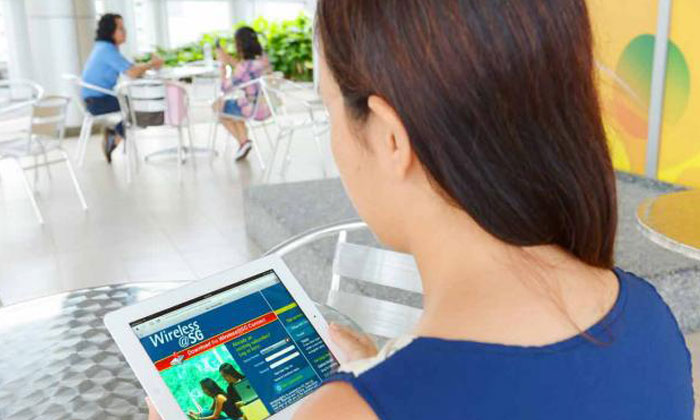 Singaporeans will have more places to access free Internet through Wi-Fi next April.

Selected voluntary welfare organisations, such as senior activity centres and family service centres, will also be fitted with Wi-Fi hot spots for the first time.

It is part of a larger push by the Infocomm Media Development Authority (IMDA) to increase the total number of Wireless@SG hot spots to 20,000 by 2018.

There are currently about 10,000 Wireless@SG hot spots, split between community areas like community centres and libraries, and public areas, which include train stations, shopping malls and food-and-beverage outlets.

According to tender documents uploaded onto government procurement website Gebiz, the additional hot spots will first be installed in 18 polyclinics, and more than 80 hawker centres and 100 senior activity and family service centres.

IMDA chief executive Gabriel Lim said public use of Wireless@SG has increased six-fold since 2014, when a new login method using SIM cards made it easier for users to access the hot spots.

"Our team is currently gathering more feedback and ideas from the public, including holding focus group sessions to help us improve Wireless@SG for all," he said.

The IMDA is also working to boost Internet performance at public libraries, community centres and public hospitals which already have Wireless@SG hot spots.

The agency will add more hot spots and upgrade existing ones so that users can have wider coverage and faster surfing speeds, so as to address a common bugbear of surfing slowdowns when the network gets congested.

The expansion and upgrading works are expected to start in December.

According to IMDA, about two million unique users log in to Wireless@SG services per month, clocking in an average of 11 million hours per month as of September this year.

Since April this year, surfing speeds have been progressively upgraded from 2Mbps to 5Mbps - slightly faster than 3G speeds, but which fall short of 4G surfing speeds that range from 16.7Mbps to 18.6Mbps.