No Signboard Seafood co-founder dies of cancer at age 79 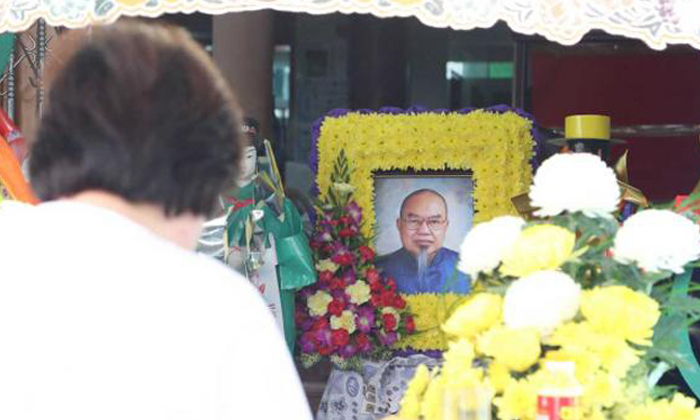 The co-founder of popular restaurant chain No Signboard Seafood died on Saturday, aged 79.

Choo Ah Kow died of pancreatic cancer, which he was diagnosed with in July this year, Lianhe Wanbao reported yesterday.

He and his wife, Ong Kim Hoi, started out selling bak kut teh, laksa and desserts on the streets.

They opened a stall selling crabs at the Mattar Road hawker centre in Aljunied only in 1981.

The family could not afford to pay for a sign and simply painted the plank above their stall orange, The Straits Times previously reported. It became known as "wu zhao pai" in Mandarin, which translates to No Signboard, and now has four branches.

According to the No Signboard Seafood website, the late Madam Ong "concocted the recipe for the white pepper crab while Ah Kow cycled down to Tekka Market to buy our supply of live crabs".

Mr Choo had said in previous reports that black pepper crab was the "local favourite".

But he tried making white pepper crab instead, as he found black pepper crabs "did not look nice".

Mr Choo and his wife worked from 7am to after 10pm daily, and went from selling just 5kg of crabs a day to 50kg per day after introducing the white pepper dish.

They retired in the 1990s, handing the business over to their children.

Mr Choo's granddaughter Lin Liyun, 42, told Wanbao that he had "no regrets in life".

"Grandpa was someone who followed convention and was not very ambitious," said the No Signboard Seafood board member. "He wanted the business to be kept within the family and... used to be worried that our recipes would be leaked if we opened branches. It took a long time to persuade him."

He was also a Traditional Chinese Medicine practitioner and spent his days in retirement researching various types of medicine.

He would make 100 to 200 bottles of different medicines, such as medicated oil, and sell them to friends and family or give them to old folks' homes.

No Signboard Seafood's Geylang branch will be closed for business on Thursday and Friday.

Mr Choo's funeral wake will be held till Friday.