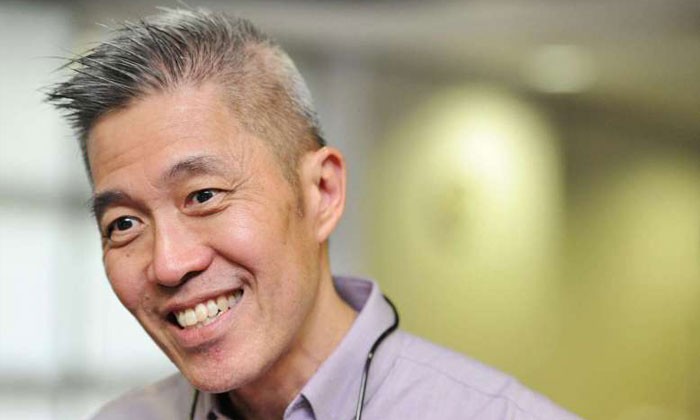 The employee complained to his supervisor last Monday (Nov 7), and the matter was brought up to the human resources department.

A meeting with the NKF board was held last Friday (Nov 11) night and it was decided that Mr Kwok would be sacked, said NKF chairman Koh Poh Tiong at a press conference held hours after the foundation issued a statement announcing Mr Kwok's sacking.

"We acted immediately. We agreed that there will be no cover up," said Mr Koh. "We want to be upfront with all our stakeholders."

NKF is operating "as normal", and the incident had nothing to do with the "stewardship of finances", he added.

Mr Koh said he was disappointed as Mr Kwok was one of the best CEOs he has worked with.

"I feel very disappointed. But most importantly, I feel extremely sad. Edmund was a very good CEO. He was one of the best CEOs I have worked with," he said.

NKF board member William Wan, who was also at the press conference, said that lawyers advised that the matter be reported to the police.

Dr Wan added: "We decided that it was serious enough to terminate him. The organisation is not about one man. We want this organisation not to be affected by one man's misconduct."

A timeline of events that led to the sacking of Mr Kwok was shared by NKF on Wednesday:

Tuesday, Nov 8: The latter complained to his immediate supervisor

Sunday, Nov 13: A disciplinary hearing was convened by a three-man panel headed by board director William Wan. Mr Kwok admitted to the incident

The search for a new CEO has started, and a few candidates have been identified.

In the interim, a three-member executive committee (Exco) appointed by the board, chaired by Mr Koh and supported by board members Bennett Neo and Johnny Heng, will assume all CEO duties and responsibilities until the middle of December.

Mrs Eunice Tay, former CEO of NKF, will then take over the responsibilities of the CEO from the Exco until a new CEO is found.

In a statement earlier in the day, NKF said that its services to its 4,000 patients were not affected.

"Our operations are not affected by this matter and our services to patients and beneficiaries continue as per normal."

Mr Kwok, 58, took up the reins of the NKF in 2013, after serving as chief operating officer under then CEO, Mrs Tay. He was formally vice-president of oncology at Parkway Healthcare, and also held positions at Tan Tock Seng Hospital and the Institute of Mental Health.

The NKF was embroiled in a scandal in 2005 when it was revealed that then chief executive T. T. Durai lived a lavish lifestyle using funds raised by the charity. The foundation pulled the plug on large-scale public fund-raising events after that.

But the NKF has since restructured after the scandal, with better corporate governance.