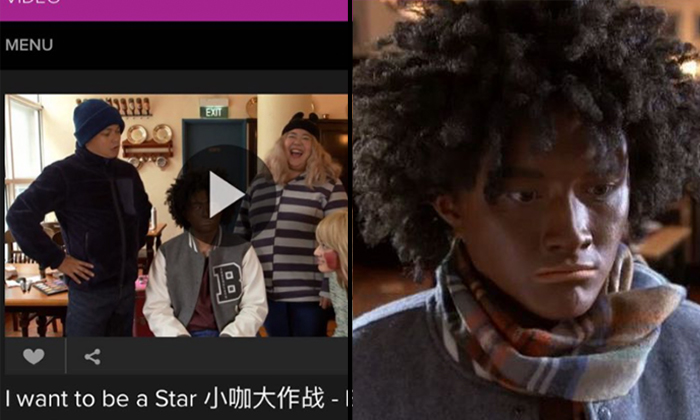 Toggle has come under fire yet again after the latest episode of "I Want To Be A Star" featured an actor in blackface.

They have previously been slammed for their offensive fashion police video with Saffron Sharpe.

Coconuts Singapore reported that the sixth episode revolved around a casting director needing a black actor but not being able to find one.

The director's solution was to have the main character's son, played by actor Shane Pow, smear his face with black paint and don an afro wig.

Toggle has since removed the episode from their website but viewers took to social media to point out the blatant racism.

Twitter users expressed disbelief, with user thelocalrebel saying, "this is disgusting, blackface is the lowest you can stoop to."

Toggle posted an update on Twitter yesterday (Oct 25): "The scene has been perceived as racially insensitive by some viewers, although that was never our intention in the production."

However, many users refused to accept the apology, claiming that Toggle was "sugercoating" and the scene was "inherently racist, not perceived as racist".

Blackface is theatrical makeup used on a non-black person to play a black character. It contributed to the spread of racial stereotypes in the 19th century.

Related Stories
'Stop asking me if I am Singaporean': Indian-Singaporean pens column about racism
Woman tearfully breaks down after meeting racist passenger on bus: 'You are Black, go sit in front!'
More About:
toggle
blackface
offended
racist
offensive