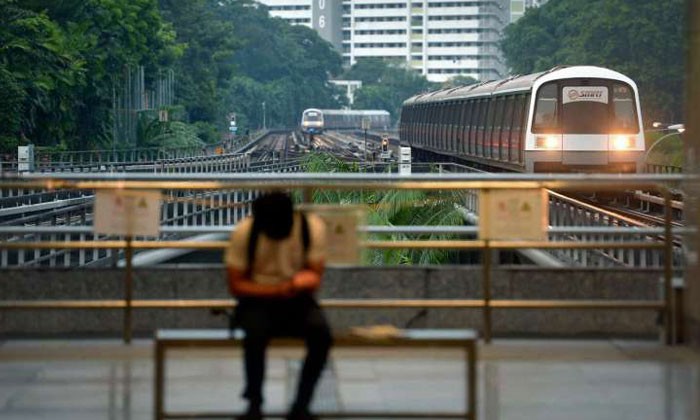 A hoax threat to bomb City Hall posted on a social media website early this year triggered 95 per cent of Public Transport Security Command's manpower to be diverted to respond to the threat.

These police officers were dispatched to 18 MRT stations along the East-West, North-South and North-East lines. They conducted checks and joint foot patrols at the stations to look out for suspicious objects or persons, noted a district judge.

District Judge Shawn Ho cited these moves in the Jan 14 incident to underline how fake bomb threats cause "enormous disruption" in jailing Sze Kai Xuan to 18 months for uploading the fake message on tagged.com.

Sze, 23, a former marketing executive, admitted to posting the message under the user name Constantine S: "Today is the day everyone, cherish it before I bomb City Hall."

Police officers were then put on "heightened alert" given that the Jakarta bombing attacks had occurred at about 11.40am on the same day. Police received a call about Sze's online post at about 12.35pm.

DJ Ho, in the grounds of decision issued on Monday (Dec 5), noted the accused had targeted a "prominent icon"- City Hall. He added that this was a "grave matter".

"On the same day as the accused's offence, bombs exploded in Indonesia's capital, killing four civilians and injuring many others in Central Jakarta.

"Understandably, until such time as the authorities are able to determine that the threat is false, any threat made has to be treated as genuine. The immediate response to a threat being made would be to take precautions, which could include evacuation and checks. Resources, whether manpower, equipment or time, and perhaps, most importantly, attention are expended in investigating false bomb threats."

The judge observed that many police officers had to deviate from their original work schedule in order to respond to the bomb threat, affecting their intended day-to-day patrol shift duties.

"In the premises, actual and significant disruption was caused to the provision of essential and emergency services. The net effect was a severe drain on the Public Transport Security Command's resources. When the sentinels' focus was diverted to responding to false threats, valuable attention was removed from guarding against actual threats of terror attacks,thereby endangering all of us."

Sze' s lawyer Chia Boon Teck urged the court to consider his suitability for probation,citing his age, cooperation with the authorities and excellent national service record.

The judge made clear that "it is vital to send a clear message to all potential offenders that bomb hoaxes and threats of terror attacks will be punished with substantial custodial sentences".

"Singapore faces an ever-present terror threat that is at its highest level in recent times. Against this backdrop of a fraught security climate, bomb hoaxes clearly exploit general apprehension and anxiety. Such reprehensible conduct must be strongly punished and deterred," added DJ Ho.

Sze is on bail pending an appeal.