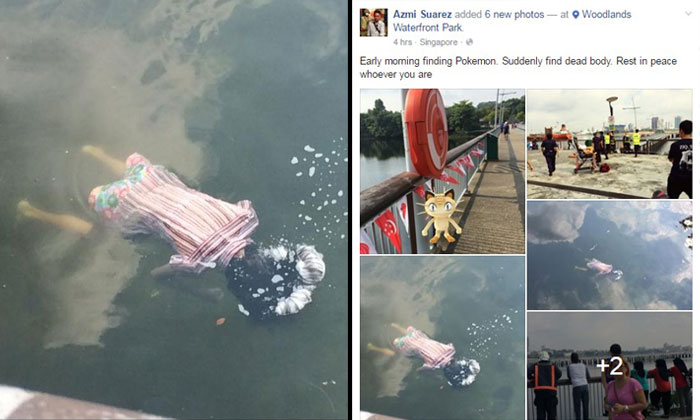 Netizen Azmi Suarez was playing Pokemon Go this morning (Aug 7)  when he saw a body floating on the water near Woodlands Waterfront Jetty.

Photos posted by the netizen on his Facebook page shows the body floating facedown. SCDF personnel as well as numerous passers-by can be seen around the jetty.

Stomper Lee who was cycling near the jetty at around 9.30am also reported seeing the body.

According to the Stomper, the deceased was a female who looked to be in her 30s.

Lee also saw SCDF personnel and divers at the scene retriving the body.

"SCDF was alerted at about 9.45am on Aug 7 to a case of a body floating on water off Woodlands Waterfront Jetty.

"The person was pronounced dead by paramedics."