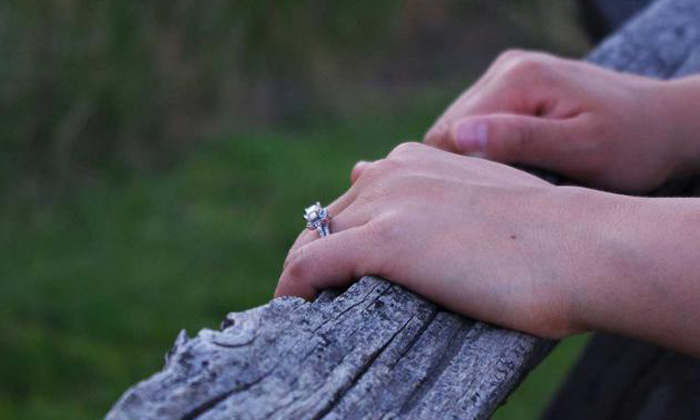 He had taken his future daughter-in-law to dinner to get to know her better just weeks before she was to marry his son – and eventually revealed that he was infatuated with her.

Thinking back about the wedding I almost had, I feel a sense of sadness. I could have had a wonderful married life. I never told anyone what happened, not my parents or even my close friends… but the truth is, I walked away from it all, just before the day of my wedding, as I was put in a very difficult position.

Two years ago, I met Mark* in a fancy restaurant at my company’s fund-raising dinner. My first impression of him was very good. It was the first time I talked to someone who’s very rich and successful – Mark ran a big investment company as managing director, and he was only 35 years old – but I was surprised that he was down-to-earth.

We kept in touch after that day and Mark asked me out several times, and eventually we started dating. Half a year later, he asked me to marry him. It was the happiest moment in my life as Mark was the man I have always dreamt of marrying. He was nice to me and we got along fine, but deep down I was ecstatic as I knew that I would lead a very comfortable and worry-free life after marriage as Mark was so well-off.

We got engaged and started making plans for a grand wedding and a honeymoon in Spain. It was during the planning that I finally got to meet Mark’s father. Joseph*, a 58-year-old man who looked more like he was 40, was also the CEO of Mark’s company. Meeting him for the first time, I was charmed.

Immediately, I could see the father-son resemblance. But compared to Mark, Joseph was a much more outspoken and assertive person. I could tell that he really liked me as he was very vocal about it; he kept lavishing praise on how proud he was that his son found such a “gorgeous and smart woman” to marry.

A few weeks before my wedding, Mark had to make a business trip overseas, and it was during this time that Joseph called me and asked me out. He said he wanted to get to know his future daughter-in-law better over dinner.

We went to a nice restaurant and we chatted about our lives. Joseph told me that his wife, Mark’s mother, passed away a few years ago from illness, and both father and son had put their energies into their work to forget the sadness. Joseph also revealed that he would like to marry again someday, as he missed female companionship.

Throughout the conversation, Joseph kept touching my hand, saying how glad he was that at least his son had found a “good woman at last”. At that time, I just thought what a sweet man Mark’s father was and did not think anything more of it. All I remembered was squeezing his hand tightly and feeling happy that we ended the night knowing each other better.

Then, on the night of my wedding, I received a shocking phone call from Joseph…

Joseph sounded a little drunk but his tone was dead serious… he asked me flat out if I would like to move to Hong Kong (Joseph’s head office was based there and he travelled there often) to live. He said that the house was located in an upmarket area, and he added that I could come and work in the head office as his managing director there.

I did not understand at first… but slowly it dawned on me that when Joseph said that Mark was still young, he meant that he still had plenty of time to look for another woman.

I was shocked, not just by the proposal, but at myself for not rejecting him outright. I was trembling when I told him that I had to think about it… When I put down the phone, it hit me hard: What was I doing? Am I really thinking of throwing away my life with Mark for Joseph? How could I marry Mark now that I knew his father was interested in me? Could I have led Joseph on to think that I was interested in him during the dinner?

Confused, I called Mark and told him that I could not go through with the wedding. He was upset and tried to ask me why, but I was crying and could not find the courage to explain.

The following next few days felt like a nightmare; my phone kept ringing non-stop, with many concerned family members and friends calling to ask me what happened. I shut them all out.

I still constantly questioned myself if I had done the right or wrong thing. But in the end, I simply could not deal with the situation and tried to escape it. All I hope for now is to move on and forget about Mark and his father.

This article was originally published in Singapore Women's Weekly.

Related Stories
'My wife refuses to have sex with me, I think she's cheating on me with our relative'
'I slept with a relative and now I can't end the affair'
'I dug up dirt about his girlfriend online and used it to break them up'
'I was a married man's mistress for 15 years -- and here's why I ended things'
confession
couple
relationships