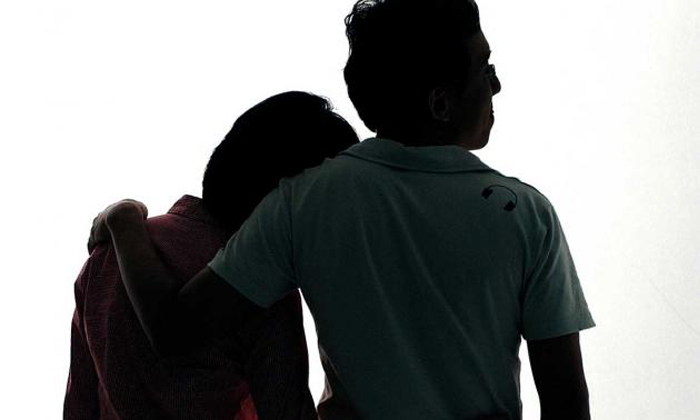 This woman experienced the worst kind of betrayal between friends and shares how she managed to recover from it. As told to Simply Her writer Jo Upcraft:

"One Saturday night, in August 2013, I was watching TV while my young son slept soundly in his bedroom next door. My husband, Alvin*, was overseas in the US on work business - as he so often was - so I had the sofa and a Korean drama all to myself.

"At 11pm, my mobile rang and I answered it sleepily, expecting it to be my husband.

"Lee Beng was the husband of my best friend, Hwee Ling*. We lived in the same neighbourhood and had become close, and within time, our partners became close, too. The four of us would always hang out together, going to restaurants, the cinema and to East Coast Park at weekends.

"It was unusually late for him to call and his voice sounded serious.

"I bolted upright in my seat, confused.

"'I don't understand?' I said. 'What are you talking about? Alvin is overseas.'

"Lee Beng spoke fast and breathlessly as he described how he'd spotted our respective partners in a restaurant together earlier that evening. His discovery happened by accident when he drove past Hwee Ling's car in a car park. He spotted them paying the bill, and watched as they left down a dark alleyway where they stopped and kissed passionately."

"I swear, my heart stopped. I felt like I couldn't breathe as the realisation of what Lee Beng was saying sank in. I was dizzy, stunned and speechless as I switched off the TV and just stared into space. It was as if my brain had become disengaged from my body.

"Alvin and I met 10 years previously on a blind date. I wasn't expecting anything serious to come from it, but he was a kind and handsome man - a few years younger than me - with a passionate ambition and drive.

"We fell in love, got married and had our son, Jonathan*, in 2009. A year after he was born, Alvin was promoted to work in China. It was a big change, but as our son was still very young, we both felt it was achievable and exciting. I left my fulfilling teaching job and we embarked upon our new adventure.

"We were based in Shanghai and Alvin started to travel abroad for work increasingly often. I tried to accept it, but I'd get lonely and angry.

"'How long for this time?' I'd wail, as he packed his suitcase for Hong Kong, London and New York, sometimes for a month at a time.

"I didn't want to whine, but I started to resent that Alvin's job was busy and lucrative, while I was looking after Jonathan and struggling to find part-time work that matched my qualifications.

"It felt like we were growing apart, but then Alvin was posted back to Singapore in 2012 and we saw it as a fresh start, even discussing having another baby."

"Alvin still had to travel overseas, but I had my family and familiarity around me. Making new friends - like Lee Beng and Hwee Ling - was also good for me and our marriage.

"The four of us became firm friends. They had moved to Singapore from Shanghai, so we had a common talking point, and they moved into our neighbourhood a few months before us.

"Being very sociable and child-free, they'd always invite Alvin and I to their flat to eat, or we'd regularly dine out together. I used to feel envious of the banter they used to share, for example, Hwee Ling used to joke that Lee Beng didn't buy her gifts.

"'Why don't you buy me beautiful presents like Alvin buys for Vanessa?' she'd say to Lee Beng with smile, nodding at the new bracelet my husband had bought me from his latest business trip.

"'Because I know you love me for who I am, not my salary!' Lee Beng would grin, poking her playfully in the ribs.

"Hwee Ling and I bonded instantly, although we were opposites in many ways. She was friendly but could be distant. I am more talkative and open. She had dyed short hair and was skinny: I have long dark hair and am curvy.

"I invited her to birthday parties and introduced her to my other friends. We'd go shopping and have spa treatments together while chatting about Singapore culture, kids - she wanted children but Lee Beng did not - and the difficulties we both faced in our marriages.

"I knew I was becoming an increasingly bitter and unsupportive wife, but I felt Alvin was choosing his work over his family, and I wasn't afraid to tell him so.

"'I'm not going to stop travelling for you and Jonathan,' he'd argue. 'This job is great for us.'"

That night, after Lee Beng's phone call, I sat motionless for around an hour. Not crying, speaking or shouting - just looking into space. I trusted Alvin 1,000 per cent. I never expected he'd have an affair and I certainly didn't suspect anything between him and my best friend.

"When Alvin called me the following morning, he confessed he was not in Chicago, but still in Singapore. He knew the truth was out. Lee Beng had confronted him.

"I asked him to come home that afternoon while Jonathan was at a play date. All I could say was, 'Why?'

"I told him I still wanted him, but he moved into a hotel, taking a small case of clothes with him. Hwee Ling joined him for a month and then they moved into a house together. I couldn't avoid hearing about them as all our neighbours had heard about what had been going on.

"I couldn't eat for weeks and lost so much weight. I cried non-stop for almost a year - while walking down the street, taking Jonathan to school, having my nails painted and when my son and I moved into a different home. I was overcome with anger, branding Hwee Ling an evil gold digger and marriage wrecker.

"For two years I was broken, inside and out. I felt suicidal, and in continual shock and physical pain. I'd replay the four of us out together and the flirtatious exchanges that took place between Alvin and Hwee Ling - how they must have been laughing at Lee Beng and I.

"I never asked how long the affair had been going on because it felt like she had won him and she had won my life. I suspect it had started when we all first met, and that some of Alvin's 'business trips' out of Singapore were not overseas at all. But the humiliating truth would have been - and still would be - too much to bear."

"The only comfort I felt was when I spoke about what had happened. Talking was my way of healing. I shared my story with anyone who'd listen - even taxi drivers!

"What was amazingly helpful were online forums. I wrote in to one with 5,000 subscribers and remarkably, 600 women replied to me. Ten of them are very dear friends to me now.

"Thanks to time, talking, and support from my family and friends, I discovered that I'm a much stronger woman than I realised. I knew I couldn't hurt forever, so earlier this year I decided to choose to be happy - for me and Jonathan.

"I learnt that I'm a fighter and a very positive person. I laugh a lot. I go out a lot. I meet great people a lot.

"Alvin and my ex-best friend are still together today. I have full care and custody of Jonathan and we're only in touch for the logistics of our son - Alvin's company looks after his schooling and some life expenses.

"So far I've managed to avoid both he and Hwee Ling for almost three years. Lee Beng used to send me e-mails but I didn't reply as I felt we both needed time to heal. I have heard he has met a new partner.

"It has taken time, but my husband's infidelity made me realise the joy in living every single moment, because life can take everything you know to be true away in a second.

"My experience taught me that it's okay to be weak and need help. It's okay to fall so long as you get up again. Life for myself and Jonathan may not be perceived as perfect, but what has happened is over. This is our little family existence and I am at peace with myself and its imperfections."

* Names have been changed.

Related Stories
'My husband was having an affair with my friend and her hubby told me'
'My wife refuses to have sex with me, I think she's cheating on me with our relative'
'He cheated on me over and over again, was accused of molestation during my pregnancy, and hit me when we quarrelled'
'My husband's sister acted like she owned him and made my marriage a nightmare'
Hubby left wife after she refused to let him speak to female colleague
"I found out my husband was sleeping with social escorts and having cybersex with other women"
'My hubby goes out with single women -- and he thinks there's nothing wrong with it'
'I slept with a relative and now I can't end the affair'
7 years of marriage and 3 kids -- but my cheating husband has been lying to me long before that
'My cheating husband brought our daughter to meet his mistresses'
'My husband cheated on me, so I got back at him by having an affair too'
'I played hard to get with my husband and it did wonders for my sex life'
'I'm terrified my ex-BF will harass me once again -- even though I'm married and have a kid'
'I fear for my future as I'm unable to find a partner since getting divorced'
My hubby arranged his mistress' abortion in front of me
Confession: My husband doesn't know I share him with my twin sister
cheat
cheating
relationships
dating
couple
confession