My Fight With Cancer: I was diagnosed with stage 2 breast cancer -- when 5 months pregnant 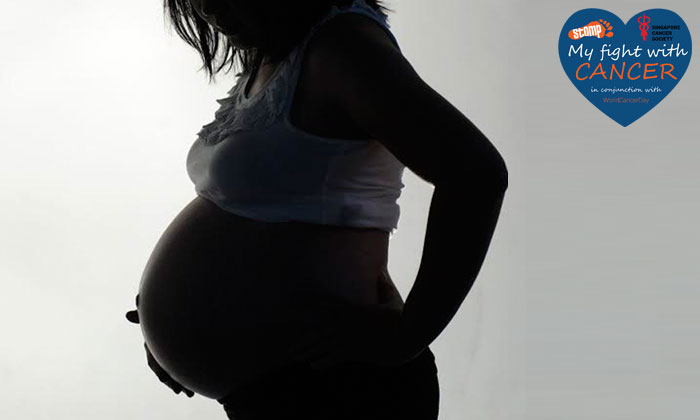 A cancer survivor who wishes to be anonymous shared her experience after getting diagnosed with stage 2 breast cancer when she was 22 months pregnant.

In an email to Stomp, she said that broke down in tears soon after she was made aware of her biopsy results.

However, instead of letting cancer get the better of her, she adopted a positive mindset and focused her energy on overcoming the many challenges that stood in her way.

"I was diagnosed with Dermatomyositis, a rare autoimmune disease, in September 2013. I was two months shy of turning 33. As it may be a paraneoplastic phenomenon indicating presence of cancer, I was sent for all sorts of cancer screenings.

"Thankfully, all the results came back negative. One-and-a-half years later, I was in a medically-induced remission and soon found out I was expecting!

"One day, I chanced upon a lump in my breast. Thinking it could be due to pregnancy, I kept it to myself for a few days before I informed my gynecologist about it.

"The scan results showed a cyst. Maybe it was the maternal instinct, I just felt uneasy and opted for a biopsy despite the doctor’s reassurance that it was just a cyst.

"Unfortunately, a few days later, my doctor called to inform me that the biopsy results showed cancerous cells. I turned cold immediately but I did not cry until much later after we hung up the phone. I had already prepared myself for the worst over the last few days.

"I was diagnosed with stage two breast cancer at age 35 when I was 22 weeks pregnant.

"My husband and I were soon in discussion with the doctors and an oncologist on the treatment options available. We decided on chemotherapy first and surgery after delivery.

"Thankfully I was already in my second trimester as chemotherapy administered during first trimester can be harmful to the baby. The next few days were spent breaking the news to our families, close friends, my boss and a few colleagues at work.

"I did cry sometimes, but I got over it quickly. I chose to stay optimistic instead of dwelling on why it happened to me. I chopped off my long hair, bought myself a wig and had my first chemotherapy session one week later.

"I did not know how seriously compromised my immune was after chemotherapy. I was hospitalised for three weeks after developing a fever due to an infection from popping a pimple!

"On my second session in the hospital, about two weeks post-chemotherapy, I started to lose my hair. Never did I expect myself to come out half-bald after a shower.

"A friend came to my room to shave me bald. Losing my hair was the most difficult part of my entire journey and I wouldn’t go anywhere without my wig. Nobody could tell I was battling cancer, in fact I was glowing (from pregnancy)!

"In Oct 2015, I delivered my firstborn via scheduled Caesarean. He was a little small but was otherwise healthy and cute!

"Unlike all new mothers, I avoided taking photographs with my newborn as I was bald. To add to my sorrow, I was told by the nurse that I was unable to breastfeed my baby as my last chemotherapy session was less than six months ago.

"I seriously thank God for giving me the strength to prick myself. To date, I have self-administered at least 45 jabs!

"I completed my chemotherapy in Jan 2016 and underwent an 8-hour surgery in February. I have since completed my radiotherapy and have returned back to work full-time after a long hiatus.

"I am very lucky to have been diagnosed early. Having cancer does not equate to the end of the world.

"It is important to not procrastinate when it comes to seeing a doctor when you notice anything unusual.

"I was also very lucky to have upgraded my medical insurance and I did not have to worry about medical bills since I was 100% covered."

Related Stories
I was my cancer-stricken sister's caregiver -- then I got diagnosed with cancer myself
My Fight With Cancer: "No one can tell me I'm ugly... I know I'm beautiful"
Getting cancer was just the beginning of my ordeal: I became partially paralysed and couldn't even speak
My Fight With Cancer: Stigma of losing a leg was worse than cancer
My Fight With Cancer: Even a sneeze could disrupt my balance after I came out of a coma, but I battled on
My Fight with Cancer: Chronic Myeloid Leukemia patient shares his experience on beating disease
cancer
heartwarming
inspiring
Stomp's World Cancer Day campaign