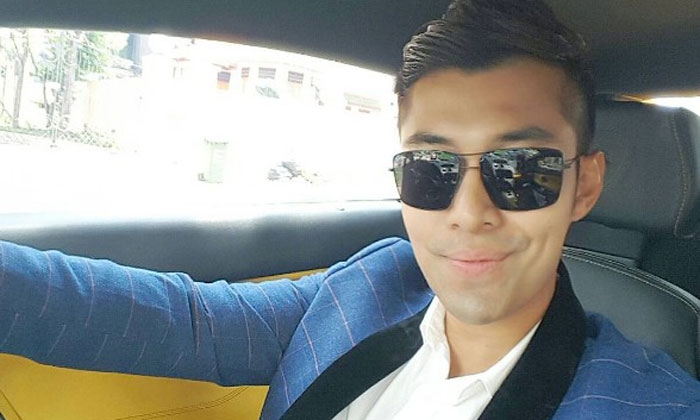 You may have read about the "handsome" auxiliary police officer at Changi Airport who caused a stir on social media for his boyish looks and charming smile.

But another good-looker also became a topic of conversation after he graciously forgave a teen who rode his bicycle over his Lamborghini in a daring stunt to attempt what a famous YouTuber did in a BMX video clip.

While the identity of the kind-hearted supercar owner became known in the media, few realised that Mr Aaron Rylan Keder, 28, had already made the news on a number of occasions before, for being a self-made millionaire.

A few years ago and earlier this month, Berita Harian had reported about the enterprising man who became a property agent with PropNex after completing his national service.

Mr Aaron made a whopping $65,000 in commission earned from the sale of one semi-detached house. He then used that money to start a cleaning company of his own.

He told Berita Harian in an article published on Oct 2: "I began learning the ropes in this area from the age 17 when I was a student at Temasek Polytechnic. I started from the bottom, first working as a cleaner."

"I used the opportunity to learn more about using different cleaning equipment and machines.

When he was promoted to a supervisory position, he learned how to manage workers.

Today, Mr Aaron has five companies under his belt in various trades from facilities management and air-conditioning to an online women's fashion store.

Starting with just three workers when he launched the firm, he now has more than 400 workers under him.

He has the following advice for aspiring business owners, which he told Berita Harian:

1. Read the newspapers to keep abreast of current trends

2. Check on the grants that are given by the Government

3. Avoid forging partnerships as it is highly likely that you and your partner might clash because of different goals and strategies

He added that his success would not have been possible without setting clear goals, strategies and sheer hard work.

Today, he owns not only a Lamborghini but a semi-detached house.

"I bought this Lamborghini not to show off, but as a reward for my hard work, and also, I have a deep interest in sports cars," he told Berita Harian.