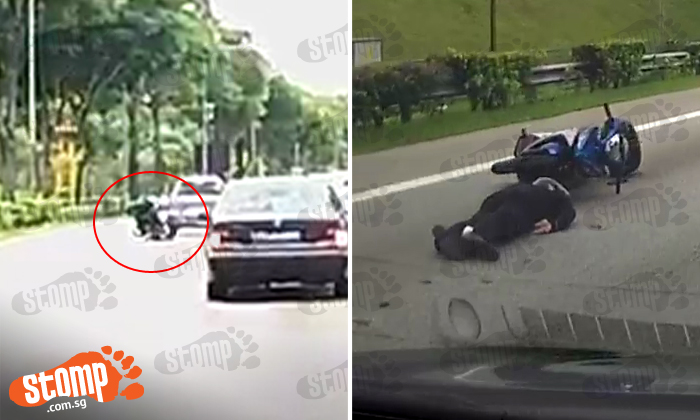 The 48-year-old male victim has been sent to hospital.

"Police were alerted to an accident involving a car and motorcycle along the SLE towards the CTE.

A motorcyclist was knocked off his bike after colliding with a car that had suddenly switched lanes on the Seletar Expressway (SLE) earlier today (Nov 13).

Stomper Malek shared a dramatic video of the accident, which took place at about 12pm.

The clip shows the moment of impact as well as the car's driver exiting his vehicle and rushing towards the victim, who can be seen lying on the road.

"This happened on the SLE towards the CTE, after Mandai exit.

"The car's sudden lane change led to the bike hitting the rear of the car.

"The driver was responsible to attend to the rider."