More people getting arrested for trying to order drugs online 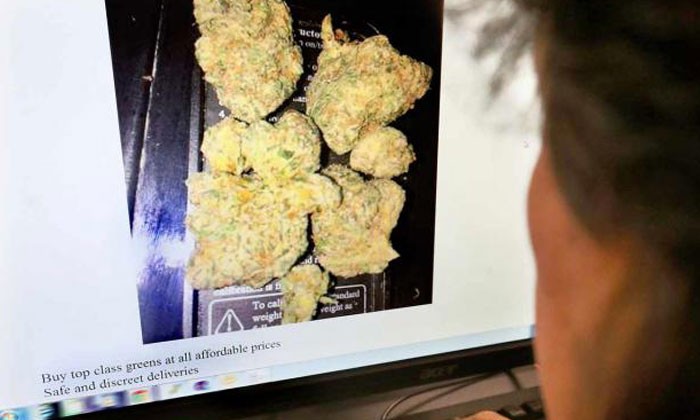 Nowadays, you can buy practically anything online.

So it is no surprise that some drug abusers try to get their fix by frequenting the many sites peddling illegal drugs on the Internet.

In the first half of this year, the figure jumped to more than 100, according to Central Narcotics Bureau (CNB) statistics.

Most of the arrests resulted from the detection of drugs and drug paraphernalia in the mail and courier parcels.

Although the 100 or so arrests make up less than 10 per cent of the 1,778 abusers arrested in the first half of this year, there is cause for concern that more abusers are trying new avenues to get their drugs, rather than just relying on local pushers.

In an exclusive interview with The New Paper, CNB's senior assistant director for ops research, Superintendent 1A Ng Khai Song, said the bureau has been paying more attention to this avenue of drug purchases.

"I can't make a prediction about the trend as the significant increase only started this year and more time is needed.

"But we're on the lookout for this emerging trend," he said.

Supt Ng, 41, studies trends and cases that the CNB comes across. The research is used to help CNB officers prepare themselves and conduct operations in the field.

He said: "Given the rise in e-commerce, it's not surprising that people would attempt to purchase controlled drugs as well as drug paraphernalia online."

Drug paraphernalia includes utensils and instruments used for consuming drugs, such as bongs and grinders.

Also of concern is that the drugs are being advertised for sale on at least two popular local online marketplaces.

Over the course of three weeks, TNP observed multiple advertisements hawking drugs on these two sites.

Supt Ng said: "People have the misconception that if they purchase drugs over the Internet and get them delivered to their homes, they can avoid being detected.

"But they cannot be more wrong.

"We watch this space very closely and we will investigate and take action if anyone is found to be engaging in such activities."

Supt Ng said the majority of those arrested are aged 20 to 39, who might have more liberal attitudes towards drugs.

The group is also a mixture of first-time and repeat offenders.

He added: "They might be more comfortable with the Internet, and advances in connectivity also allow them to make these purchases more conveniently."

Without giving away too many details that might affect CNB's operations, Supt Ng said that parcels of certain shapes, mailing addresses and countries of origin usually set off alarm bells, but the bureau is always on the lookout for changing methods of drug abusers so that it can stay one step ahead.

Besides the use of innocuous envelopes and CD covers, CNB has also come across more innovative concealment methods - hiding drugs in a metal box disguised as a book, and stashing them in tea packaging.

The bureau also works closely with the Immigration & Checkpoints Authority (ICA), its foreign counterparts, and major postal and courier companies such as Singapore Post and DHL to monitor and spot drugs and drug paraphernalia smuggled in from overseas and in the local post.

Said Supt Ng: "Given the sheer volume of parcels coming into Singapore, we have been and will be continuing to focus our attentions on this area."

Apart from the fact that drugs are harmful, Supt Ng also warned of the added dangers of purchasing them online.

"There are plenty of question marks, like who are you buying it from? How do you know it's not a scam? And you don't know if the drugs are adulterated or what they might contain.

"It's not like you can report them to the police," he said.

Addiction specialists said they are not surprised that some drug abusers have turned to the Internet to have drugs delivered to their doorstep.

When contacted by The New Paper, Dr Thomas Lee said that a handful of his clients have shared stories about obtaining drugs by mail, but he has not seen a rising trend.

The consultant psychiatrist at The Resilienz Clinic added: "To them, it's just another mode of purchasing and it's mostly for convenience, I believe.

"It's not the main mode (of getting drugs). But it breaks the traditional way of doing it face to face at spots like Geylang."

Another addictions specialist, Dr Munidasa Winslow, has noted an increase in his clients buying drugs on the Internet and receiving them by mail.

In the first half of this year, he has seen at least four cases involving such clients.

"It's definitely more than before and I suspect that the numbers will rise in the coming years," he said.

The psychiatrist from Promises Healthcare said that such clients are usually under 30 and might be more comfortable making purchases online.

Dr Lee believes that drug abusers turn to online purchases because they think they can avoid getting caught.

"They think they can hide their tracks better using fake names and addresses. It could also be that they want to experiment (with drugs), but do not have any local contacts, so they resort to ordering online," he said.

These posts were usually hidden among the regular categories of online marketplaces such as beauty, healthcare and even gardening.

In the more surreptitious posts, the drugs were referred to by their lesser known code names and given vague descriptions.

Under the guise of an interested buyer, TNP contacted a seller through a secured chat app, but did not purchase the drugs.

Throughout the conversation, the seller promised that the deal was "100 per cent" secure, and that the drugs would reach Singapore safely without detection by the authorities.

The seller could not have been more wrong.

"Many of these sellers are hosted overseas.

"And while it might take some investigation to identify the real identities of the seller and buyer, as long as you attempt to bring drugs into Singapore, we will take tough action against you," he warned.

They tracked down the intended recipient, a 35-year-old Singaporean, and arrested him outside a HDB flat at Buangkok Crescent.

A small packet of Ice was seized from his bag.

A raid of his home uncovered about 13g of Ice, a small amount of heroin, Erimin-5 tablets and various improvised drug-smoking apparatus.

A 29-year-old man was arrested after CNB officers went to an apartment in the Orchard Road area. He was suspected of having ordered online a parcel containing drug apparatus.

A search of the apartment uncovered over 100g of cannabis, about 20g of Ice, Ecstasy tablets, Erimin-5 tablets, a small amount of ketamine and other drug-taking apparatus.

CNB crippled the activities of a drug syndicate suspected of receiving drugs from overseas by mail and repacking them for sale in Singapore.

The officers arrested a 29-year-old man suspected to be the syndicate leader, two suspected drug traffickers, four clients and one accomplice, all aged between 18 and 31.

A suspicious package arriving from a neighbouring country was found to contain a locked safe box disguised as a book.

About 103g of ketamine and 299 tablets suspected of being Ecstasy were recovered from the "book".

CNB investigations led to a raid on a Marsiling home where the suspected intended recipient and importer, a 25-year-old man, was arrested.