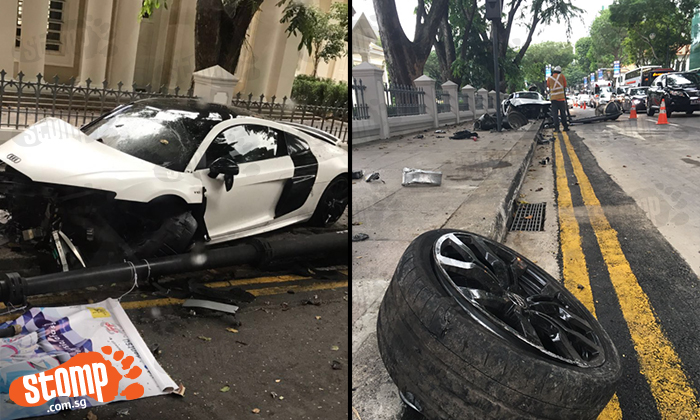 An Audi R8 crashed in front of the Cathedral of Good Shepherd at Bras Basah Road today (Nov 22) at around 6am.

Stomper Daryl and Syed spotted the crash in the wee hours of the morning.

There were several lampposts that were torn down along the road and the front of the car was badly damaged.

The crash also caused a traffic jam in the area and the right lane was cordoned off with cones.

SCDF was alerted at 6am and dispatched one ambulance, which then conveyed an Indian male to SGH.

"On the 22nd of November 2016 at 5.56am the police were alerted to an accident involving a car along Bras Basah towards Raffles Boulevard."

"The 31-year-old car driver was arrested for suspected drink driving."