Masseur gropes woman while her hubby is on adjacent massage bed 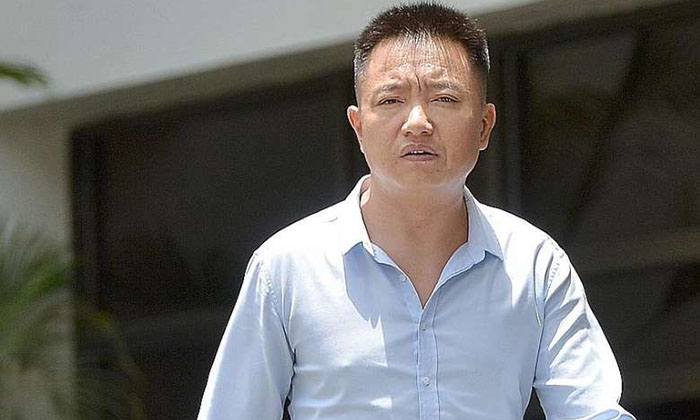 A masseur found guilty of outraging a woman's modesty while massaging her was sentenced to 11 months' jail and three strokes of the cane.

Li Qingdong, 33, committed the offence at a health centre in People's Park Complex at about 10pm on Jan 8 last year when the woman, 47, and her husband, 66, sought massage services.

The Japanese couple, who run an art gallery and had attended an art exhibition earlier in the evening, went to the third-floor unit after they found a nearby centre recommended by their friends closed.

District Judge Eddy Tham found the victim gave "unusually convincing" testimony, which was corroborated by her husband as well as a male masseur who had massaged him on an adjacent bed.

"(Li) had preyed upon a victim who had entrusted her body to him for a professional massage. She had subjected herself to a state of vulnerability based on trust of a customer-masseur relationship which had been abused," he said in judgment grounds issued on Monday.

The trial conducted in September saw the other masseur, Mr Woo Weng Choy, explain how a massage was carried out, based on company policies which he believed would have been told to Li, a trained masseur.

Among other things, a massage in the thigh area should be done over a towel placed over the thigh. He added that no massage was to be done on the inner thigh area near the groin or on the buttocks.

The victim complained to her husband shortly after the session ended that Li molested her while massaging her inner thigh. He did so several times.

The judge said the husband had come across as a "very candid and forthright witness" who was hoping for a sincere apology and was hesitant in making a police report.

Li, defended by lawyers R. S. Bajwa and Kertar Singh, denied outraging her modesty or massaging her inner thigh near the groin.

Deputy Public Prosecutor James Chew applied to impeach Li on his previous statement to the police, where he admitted to massaging her inner thigh near the groin.

The judge found Li's credibility had been impeached in several material areas and he had been "less than truthful". This included his insistence that he had drawn the curtains by less than half the full partition between the two beds. The three witnesses, however, said they were drawn to the extent that the couple could not see each other.

"If I accept (Li)'s version, this would mean the victim had blatantly lied," said the judge.

He held that a longer term than the benchmark was justified as a deterrent "to ensure like-minded persons in Li's position would not abuse the trust reposed in them". Li is on $20,000 bail pending appeal.

Related Stories
Fake cop molested and stole from woman
Bloomberg executive acquitted after being accused of kissing maid and touching her breast at Tanjong Rhu Road condo
Cook films upskirt video of 'sexy' woman at Jalan Bukit Merah, gets scared and damages camera before police arrive
4 men found with hundreds of obscene videos for purpose of circulation: One had hard disk with 400 clips
molest
groping
jail