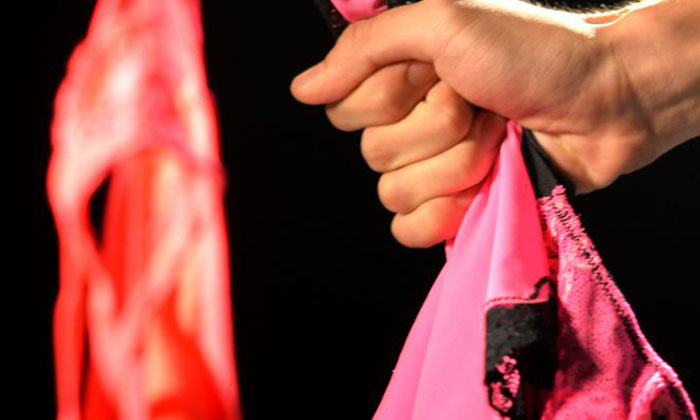 He developed a fetish for women's underwear and went about stealing them.

Over a year, he nicked over 100 pieces of bras and panties.

His crimes were finally exposed in February this year after neighbours saw him sniffing a bra and behaving suspiciously at their HDB corridor and called the police.

Officers then raided his home and found the stolen underwear.

Yesterday, Lee Chan Hoe, 29, an air-conditioning repairman, was sentenced to 12 months' mandatory treatment order (MTO) for one count of failing to account for the women's underwear found in his home.

He had another charge of misappropriating the stolen underwear.

On Feb 5, at about 4am, he left his flat and went to the corridor on the second storey.

He saw some clothes on a laundry rack outside a unit and picked up a purplish-pink bra from the rack.

He was unaware of being watched by two neighbours inside another unit.

They saw Lee lie face down on the floor while holding the bra, before kneeling. He then lay back and sniffed the bra.

After a while, he stood up, returned the bra to the rack and walked off.

The neighbours called the police who arrested Lee at the void deck and escorted him back to his unit where they found 55 bras and 51 panties.

Lee could not explain how he got them. He told the authorities that he had picked them up over a year after developing a liking for women's underwear.

Investigations also revealed that Lee had stolen some of them from nearby blocks.

Yesterday, he was ordered to undergo 12 months' MTO, a community sentencing option for offenders suffering from mental conditions that contribute to them committing an offence.

Offenders will not be committed to the Institute of Mental Health (IMH) but must attend compulsory treatment sessions with psychiatrists, which the Health Ministry and IMH will take care of.

Two other charges were also taken into consideration in sentencing Lee.