Man who never got to hold his 2-year-old son who died during abuse: Brother says 'People keep blaming him' 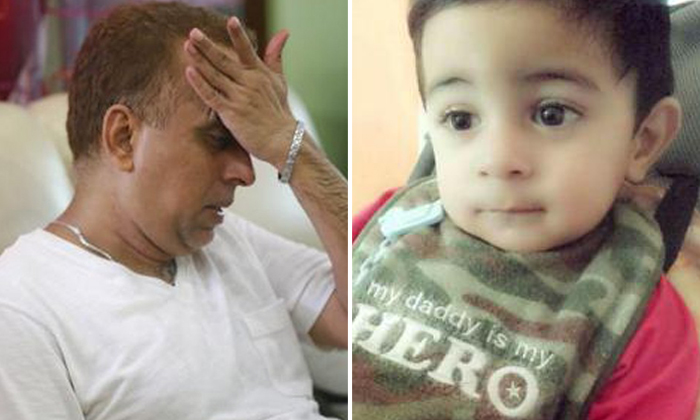 Mr Abdu Manaf Al Ansari only had one thing in mind: to clear his brother's name.

Facebook users had criticised Mr Mohamad Nasser Abdul Gani, 41, after it was reported that Mr Nasser's son had died after being abused by his wife and her boyfriend.

Many blamed Mr Nasser, with one user saying: "Why didn't you hold your son when he was still alive?"

It convinced Mr Manaf to call The New Paper.

Mr Manaf's voice broke as he told TNP: "A lot of people have been blaming my brother. I just want to clear his name."

Mr Nasser had been jailed for drug-related offences after his wife told him about her pregnancy.

After serving time behind bars, he tried looking for his son, Mohamad Daniel Mohamad Nasser, without success.

The only time he got to hold Daniel was when he was about to bury him. His son died on Nov 23 last year, about a month before his third birthday, after 25 days of sustained abuse by his mother, Zaidah, 41, and her live-in boyfriend, Zaini Jamari, 46. They are expected to be sentenced tomorrow.

After the article about Mr Manaf's search for Daniel was published on June 28, there was an outpouring of sympathy online.

Mr Manaf said: "I am relieved. It is very important for people to get the facts right."

He has been a loyal TNP reader for over 20 years and said "The New Paper was the only one that I called."

Another reader, who wanted to be known only as Mr Liew, 31, called TNP's hotline after the central refuse chute near Block 817A at Keat Hong Link in Choa Chu Kang was choked up to the eighth storey.

After waiting for a reply from the town council for two months, he decided to call TNP.

"Since there was no concrete action on their side, I called the TNP hotline to bring more attention to the problem," said Mr Liew, who has been reading TNP for over 10 years.

Another reader who wanted to be known only as Mr Phua, 33, was at the Geylang Serai Bazaar when he witnessed a collision between a Traffic Police car and a BMW.

The police car was involved in a high-speed car chase with another car when it collided into the BMW.

Following the accident, a 28-year-old was arrested by the police.

Mr Phua notified TNP and the story was published on June 28.

For sharing their stories, each hotline caller will receive a $100 KFC voucher.

We value and appreciate your calls and e-mails, so keep them coming.