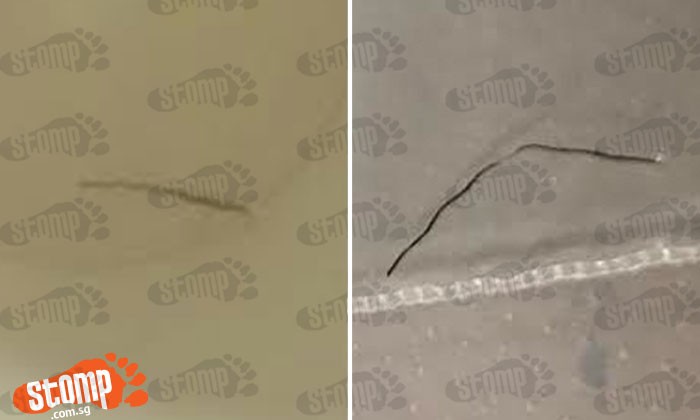 The Stomper has informed Stomp that she has settled the matter privately with the shop owner. He apologised and regretted his actions.

Stomper Arto was having dinner with her boyfriend last night (Dec 6) at around 7pm at Chinatown Plaza when a piece of metal got stuck in her boyfriend's throat, causing him to vomit blood.

They ordered a few Yakitoris in Pecori An and that was when her boyfriend started to feel breathless and eventually vomited blood.

According to the Stomper, they barely ate anything.

They assumed it was from the stick that they were eating from.

She then asked the staff, "If the thing that is stuck in my boyfriend's throat is from the food, would you pay for the food and medical bill?"

The staff simply said, "I don't know. I'll have to talk to my lawyer."

Arto said, "He insisted that it got nothing to do with the food and was not concern about his customer."

They proceeded to head to Singapore General Hospital and the doctor removed the metal piece from her boyfriend's throat.

The doctor mentioned that if the metal was not pressed on to the throat, which was what the Stomper's boyfriend did, and actually went downwards in the body, a surgery would have to be carried out to remove it.

The mall management has mentioned to Arto regarding recompensing her for the bills.

The Stomper has also reported the matter to National Environment Agency.