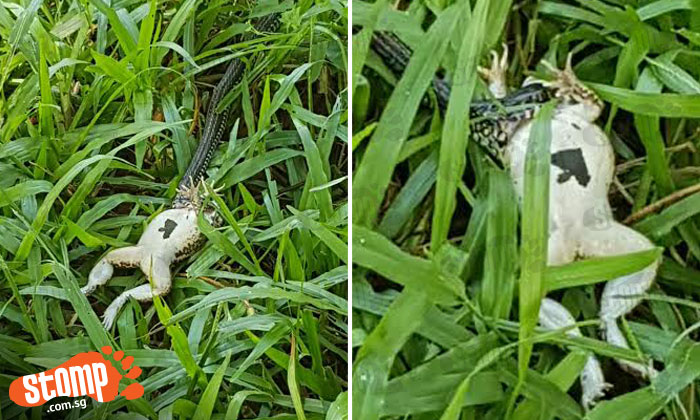 Stomper Paul was on the way to lunch at Sunview Way today (Jul 16) when he came across an unusual sight.

In a telephone interview with Stomp, Paul said he saw a cobra eating a frog on a grass patch.

In the photos sent by the Stomper, the cobra can be biting the frog which appears to be already dead.

The head of the snake was much smaller than its meal, but that did not deter the serpent from having a go at its prey.

"I knew it was a cobra because of the pattern of its skin.

"It was between one to one-and-a-half metres long.

"It is the first time I am seeing a cobra in this area.

"I did not want to disturb it and walked away leaving the cobra to feast its lunch."