Man strips naked and curls up on floor of MRT train 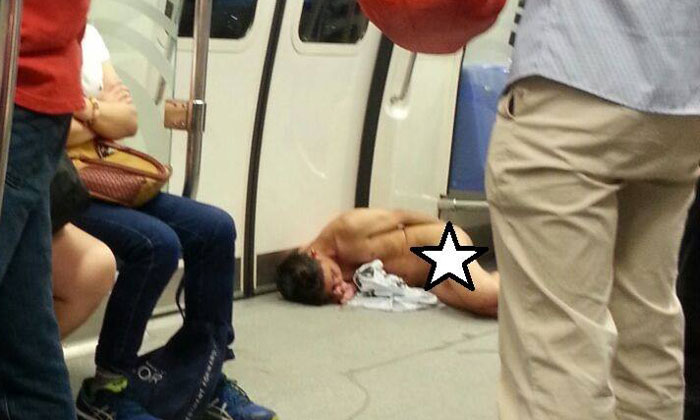 Commuters were greeted by an unwelcome sight of a man lying naked on the floor of an MRT train recently.

A Stomper alerted Stomp to the photo posted on All Singapore Stuff's Facebook page.

According to the contributor, Jacky K, it happened last night (Dec 10) on a train ride from Jurong East to Woodlands.

She said that he was "caught" by the train driver before Marsiling.

In the photo, a man is seen lying bare naked on the floor curled up in a foetus position.

It is unclear what happened to him but several netizens suspect that he was high on alcohol or drugs.

One Facebook user, Chen Zefu, claims to have been there when the incident occurred.

"He board[ed] the train and [lay] down and peed in his pants.

"[A] few minutes later, a Malay lady [pressed] the emergency button then the MRT staff came.