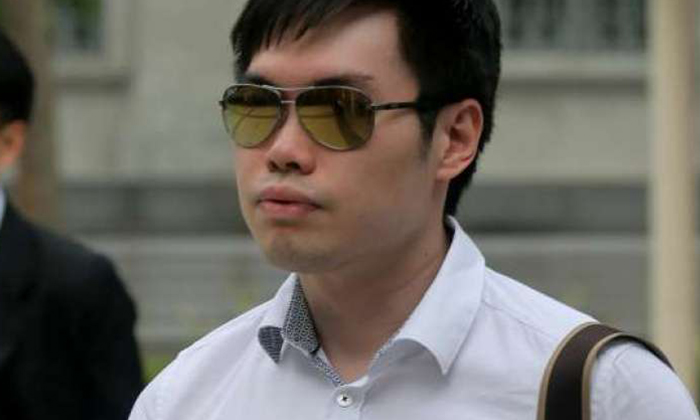 A businessman on trial for the manslaughter of his father told a court on Wednesday (Oct 12) that his father had accused him of stealing his money, and then attacked him.

Unknown to his father, Mark Tan Peng Liat had been withdrawing up to $5,000 each time from a joint bank account, for five to six years.

Mr Tan Kok Keng, who was 67, died on Feb 10 last year, after his son applied a headlock and a chokehold over his neck region. These acts are not disputed.

However, Mark Tan, 30, is accused of doing those acts knowing that they would likely cause death.

He had at first been charged with murder, but the charge was later reduced to culpable homicide not amounting to murder.

On Wednesday (Oct 12), Tan took the stand to begin his defence and recounted the events that day. While driving in his car at around 3pm to 4pm on Feb 10 last year, Tan got a call from his father, who accused him of stealing money.

Tan went home to find his father enraged in the master bedroom, on the second floor of a semi-detached house in West Coast Rise. His father lunged towards him and threw a punch, but Tan blocked it.

Father and son then grappled. It was the first time that the two men, whom relatives said shared a close relationship, had physically fought.

The father had a black belt in taekwondo and exercised regularly, using weights and punching bags. "He said that he could kill a man with one punch," Tan told the court.

As they grappled in the room, the father walked backwards towards the bathroom, while trying to punch, kick and elbow his son.

Inside the slippery bathroom, things got "chaotic", Tan said. His spectacles flew off and he tried to get a grip on his topless father to subdue him, even holding on to his head at one point. Both men then fell to the floor and the son applied a headlock to his father.

Shortly after, when things appeared to have calmed down, Tan said he left the bathroom. But his father got back up and tried to attack him inside the master bedroom.

Tan wrapped his right arm around his father's neck, from behind. He also pressed his left hand on his father's upper chest, near the collarbone.

He was afraid that his father would take the fight out of the bedroom. Tan said he collected swords and kept about six to nine such weapons around the house.

The two men fell near the bedroom door, with his father on top of him. Shortly after, Tan went to find his spectacles in the toilet and then went out of the house. "I wanted to get as far away from my father as possible," he said.

When his aunt who lived a short distance away came by - the maid had seen the fight and ran to get help - Tan said he told her: "I think he's dead."

Tan called an ambulance, then went up to the master bedroom, where he saw his father lying motionless and face-up on the floor, with his mouth open.

Tan tried to perform cardiopulmonary resuscitation, while waiting for paramedics.

Asked by his lawyer Derek Kang if he intended to cause harm to his father, Tan said: "I didn't even want to hurt his feelings. I just wanted to stop him."

If convicted of manslaughter, Tan faces up to 10 years in jail, a fine, caning, or any combined punishment.

Related Stories
Son who killed father at West Coast flat says he 'did not know a chokehold would kill him'
Son kills father with headlock and chokehold after heated argument
West Coast murder: Mum grieves,"What do you expect me to do, kill my son?"
More About:
death
murder
violence
son
father
son killed father