Man keeps yelling as he's getting arrested by police 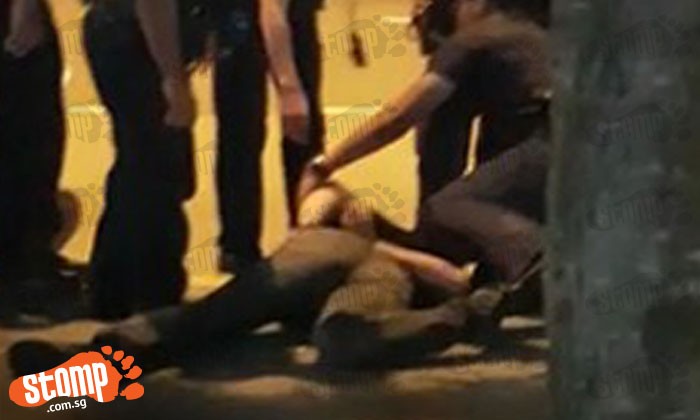 A man was yelling mumbo jumbo while he was getting arrested -- all of which was caught on camera.

Stomper Ah Boy shared with us two videos via WhatsApp, which shows a man yelling gibberish on the side of the road while being handled by multiple policemen.

The Stomper received the videos at 12.21am, just last night (Oct 24) from a friend which told him the incident occurred along a road near Block 401 Hougang Avenue 8.

The Stomper said, "The details are unknown however, bystanders were speculating about whether he was drunk or whether he was just bringing up political issues in public."

According to Ah Boy, the guy in the videos has a strong Malaysian accent.

However, he also pointed out that the man getting arrested was yelling about how the he was Italian.

The guy can also be vaguely heard saying, "Why are you always doing this to me? What have I done? It's not like I've killed anyone."