Man in India who made headlines for buying $320,000 shirt made of gold beaten to death 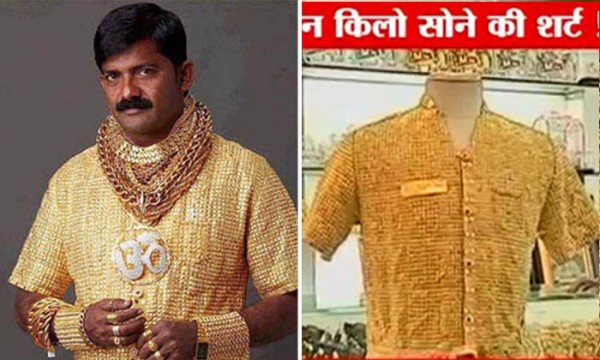 Indian businessman Datta Phuge who shot to fame in 2013 for purchasing one of the world's most expensive shirts made entirely of gold has been beaten to death in western India.

Police said Phuge, believed to be in his mid-40s, was attacked and killed by 12 assailants brandishing stones and sharp weapons on Thursday night after one of the suspects had invited him for a party, according to the Press Trust of India (PTI) news agency.

"As per preliminary information, Phuge and his son were invited by one of the suspects, who know each other, to celebrate a birthday. However, we are investigating how Phuge reached the open ground where he was murdered."

Phuge's 22-year-old son was at the scene when his father was murdered but was spared by the alleged killers, reported The Straits Times.

Four suspects have been detained.

Phuge made headlines three years ago after commissioning a 22-carat gold shirt weighing 3.5kg to 'attract everyone's attention'. It was worth $320,000 at the time.

He will wear the expensive outfit at major public functions and when he wants to make a statement.