Man believed to be DJ's son charged with driving McLaren without licence, insurance and permission of owner 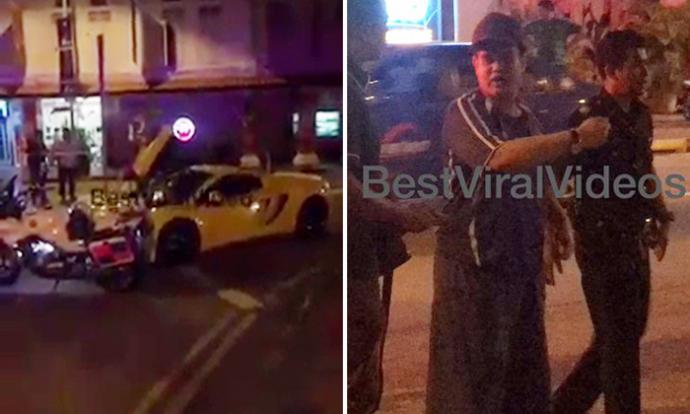 21-year-old Sheikh Muhammad Abu Bakar Banafe' was charged by the court last night (Dec 29) for allegedly driving a McLaren at Lorong 101 Changi at around 11.15pm on Dec 12 without the permission of the owner, a licence and insurance.

In an earlier article, Stompers alerted us to an incident where the 21-year-old man mentioned above was trying to evade a roadblock which led to three Traffic Police officers chasing him down the road.

According to Berita Harian, he was driving the McLaren model MP4-12C Spider with licence plate number SJW83X without the permission of the car's owner or any other legal authorities.

He can be fined up to $1,000 or jailed for three months if proven guilty.

He was also without a Class 3 driving licence and insurance which can lead to a fine of $1,000, jailed for three months or both.

He might also be banned from holding or receiving a driving licence for 12 months, starting from the day he gets charged.

If he is guilty of driving without a licence for the first time, he will have to pay a fine of $1,000 or gets three months in prison.

The case will be addressed in court on Jan 4.