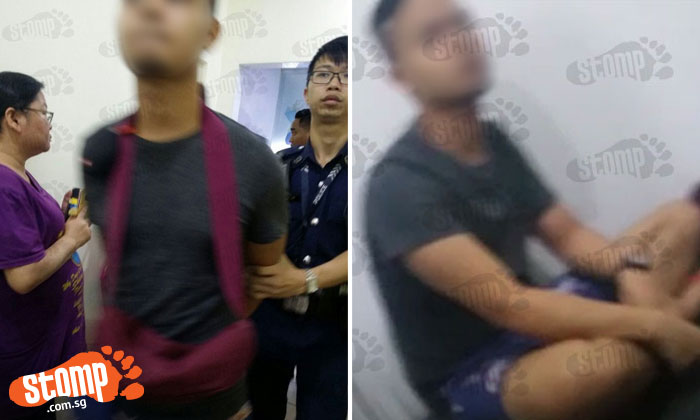 Stomper Ying Wei was at Punggol Plaza at around 8.30pm yesterday (Oct 30) when he noticed a commotion.

From what the Stomper had gathered, a man had allegedly been caught red-handed taking photos of a woman in the toilet.

He was caught when a woman screamed and grabbed his phone.

"The guy ran off but two guys managed to block him.

"One guy held him by the collar but the culprit punched him.

"Then, another man came to help and they managed to bring him down before the police arrived."

According to the Stomper, the man was crying.

"A man was arrested for criminal trespass and insulting the modesty of a woman.