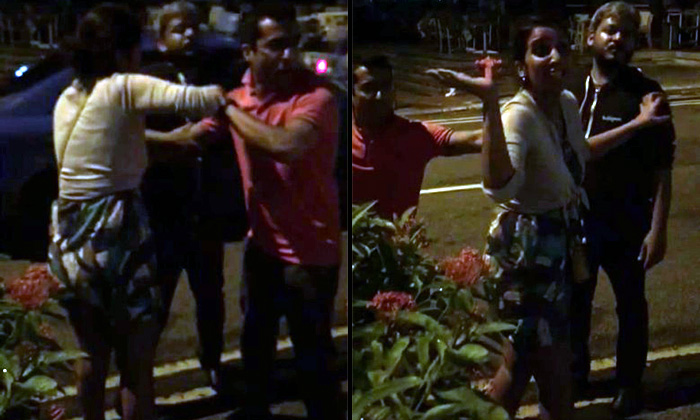 A man and woman got into a heated and vulgar argument with a taxi, whom they taunted by repeatedly mocking his income and making racist comments against him.

A video of the incident was sent to Stomp by a Stomper who came across it on a WhatsApp group.

The clip shows the woman trying to restrain the man, who is arguing with the cabby.

The two men hurl vulgarities at each other, until the man starts to taunt the cabby's earnings.

He asks if the cabby has enough money for dinner, and if he needs a loan.

This enrages the cabby and other bystanders, who yell at the man and woman.

The duo, however, continue mocking the taxi driver, even though someone was filming the whole incident.

A friend of the man and woman tries to tell the cabby and the other bystanders to calm down.

But the woman occasionally laughs at the taxi driver, and threatens to file a police report.

One of the bystanders, who is recording the altercation, tells them to do so as the entire argument was caught on camera.

The man and woman simply laugh at the cabby and walk off, while their friend is still trying to calm the crowd down.

Related Stories
Man steps up to stop guy who was hitting girl at West Coast Hawker Centre -- only to have victim hurl vulgarities at him
Woman argues with cabby for taking wrong turn then returns with fiance who repeatedly punches him in the face
2 women collapse on Shanxi street after epic 8-hour argument
More About:
man and woman scold taxi driver
argument
vulgar