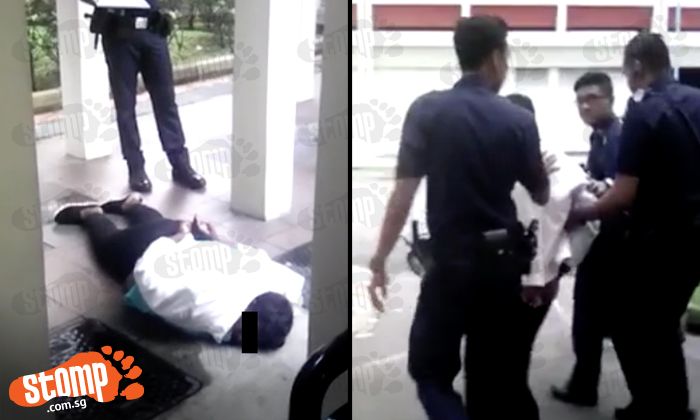 Stomper Twinklestar30 shared with Stomp about a man who allegedly broke into her neighbour’s flat at Block 162, Jalan Teck Whye, and behaved indecently towards the female occupants last Thursday (April 28) at around 6.30am.

The perpetrator was subsequently arrested after the women called the police.

“The man entered my neighbour’s unit while the door was open and behaved indecently towards the females in the house.

“The women, who were getting ready for work were shocked and scared by the sudden intrusion and lewd behaviour of the man.

“They called the police who arrived promptly and arrested him.

“Just wanted to share this with everyone so they can be more vigilant.”

The police has issued an official statement on the incident:

“A 25-year-old man was arrested for unsound mind."

Stomp understands that the suspect has a history of past offences.

He was also uncooperative and violent during the arrest, and as such, the officers were forced to pin him down.

It took two officers to subdue the suspect, placing him in handcuffs, and an officer was injured during the process while awaiting backup.