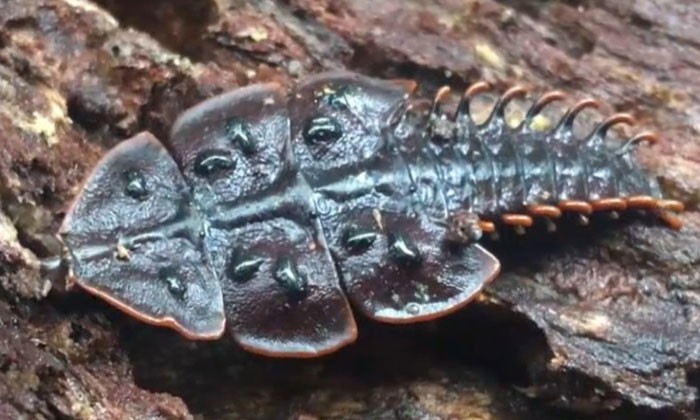 Australia may be known for its poisonous and weird insects, but Singapore has its claim to fame with the rare trilobite beetle.

The bizarre-looking beetle is so rare - researchers have only observed them mating twice, in 1924 and 1993, National Geographic reported.

According to the magazine of the National Geographic Society, the "ancient-looking insect has kept scientists baffled for nearly two centuries".

A video of the beetle, contributed by a National Geographic Young Explorer Mark Wong, was posted on its Facebook page on Sunday (Nov 13), garnering over two million views in eight hours with over 20,000 shares.

Named after an extinct group of marine arthropods due to their similar features, it is only the female trilobite beetles that share the looks. Like many insects in the animal kingdom, the male beetles look like your everyday bug - and a tenth of the female's size.

The first sighting was by Swedish zoologist Eric Mjoberg, who landed in Borneo in 1922 with a singular focus to find a male trilobite beetle. That endeavour took his two years, after he dangled a monetary reward and enlisted local people to spot the elusive male beetles.

These insects are so rare that much of its characteristics and diet remain a mystery.