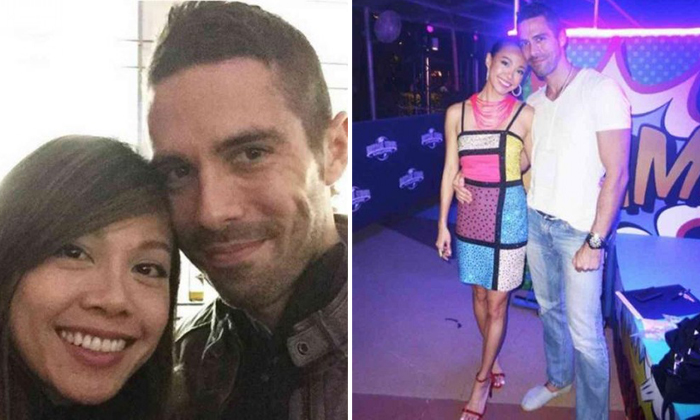 Love is in the air for Jamie Yeo, who got to know her current boyfriend after two weeks on the dating app Tinder.

In an interview with 8 Days magazine, the Gold 905FM DJ revealed that her boyfriend of six months is Rupert, a 38-year-old British expat working at a consultancy firm.

Yeo, who is also a TV host, said that they only met eight months after connecting through Tinder in 2015.

During that eight months, the former Growing Up actress was dating someone else.

While Yeo, who will turn 40 years old this year, shared that Rupert wants to marry her this year, she did not divulge any more details.

She also told the weekly magazine that she was straightforward in her Tinder profile and made no attempts to hide her celebrity or single-mother status.

Yeo has a daughter with Thorsten Nolte, a British expatriate whom she divorced in Feb 2015.

Actress-model Sheila Sim, who will be marrying this year, also met her fiance on a dating app.