Like that also can? Look what this Pokemon trainer does to hatch eggs 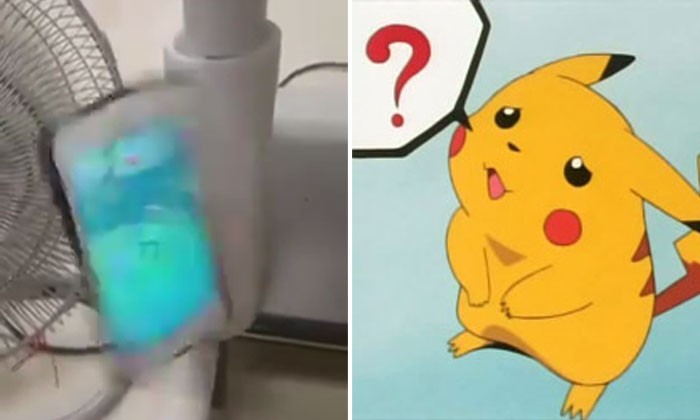 Aspiring trainers in have been going all out to catch 'em all since the Pokemon Go was launched.

Some have stuck to conventional methods to fill their Pokedex, while others have resorted to more unorthodox techniques.

This trainer is one of them.

A video posted on All Singapore Stuff shows a Pokemon player spinnning his handphone by using a fan to blow it while it was being suspended with a string in bid to hatch an egg.

To those who don't play the game, an egg containing a Pokemon will hatch once the player covers a certain distance.

Some netizens however have questioned the player's actions since the distance covered is tracked by GPS.

"It (the game) uses GPS tracking to see how far you go, not a pedometer that can be tricked like this."