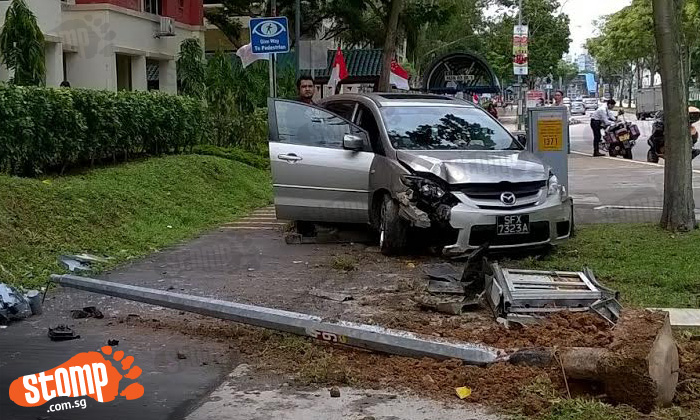 A car hit a lamp post with such impact that it uprooted the structure along Pasir Ris Street 52 today (July 20).

A Stomper heard a loud 'bang' while he was at home, which he guessed was a car accident.

When he left to go out at about 11am, the saw the wreckage.

In the photos, the lamp post was toppled over the pavement and the right side of the car was damaged.

According to the Stomper, only one vehicle was involved. He added that beside the lamp post, the driver also crushed a street sign near the traffic light.

It is unclear how the accident happened.

In response to Stomp's queries, the Singapore Civil Defence Force (SCDF) said that they were alerted to the incident at about 11.20am.

"One man was assessed by paramedics and was found to have no injuries and was not conveyed to the hospital," said SCDF.