Kudos to the only driver who spots pedestrian at zebra crossing, while everyone else zooms past 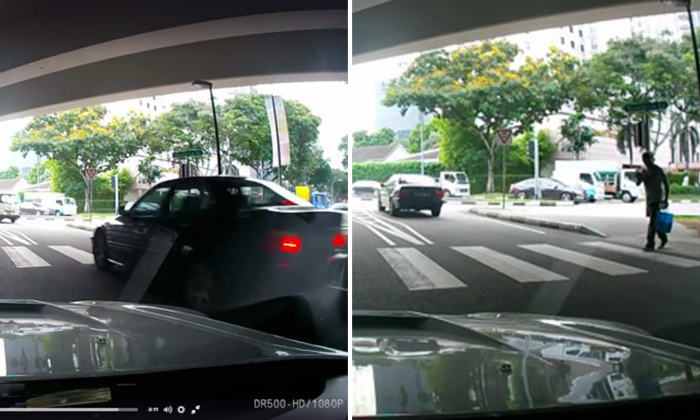 Do you slow down for pedestrians when driving past zebra crossings?

That is the question that was posed to netizens after motorist Philip Lee posted a video of an incident that happened to him under Moulmein Flyover.

As the driver was going under the flyover, he slowed down after noticing a pedestrian at the zebra crossing there.

However, other vehicles simply sped across the crossing without slowing down and stopping for the man waiting by the side of the road.

Philip, however, stops and lets the pedestrian cross, and the man waves his hand to thank the driver.

While Philip asked if the flyover made the area dark, thus making it hard for motorists to spot the pedestrains, netizens had other views.

Most said motorists drove too fast to spot such things, and said that if the drivers were all going slower they would have seen the pedestrian.

What are your views on this issue?