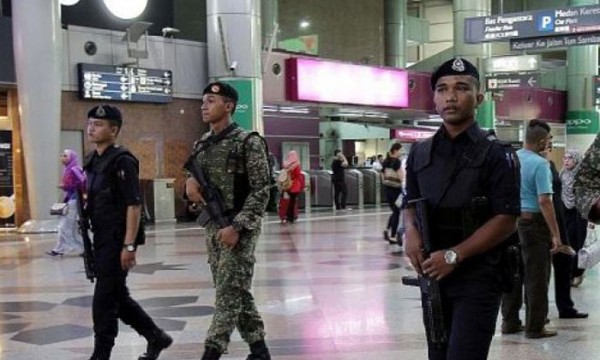 Shopping malls and popular tourist destinations in Johor are beefing up security to ensure public safety in light of the recent Islamic State in Iraq and Syria (ISIS) threats.

A Johor Bahru City Square shopping mall official, Ms Joyce Lee, told The Star that the management had been training its staff to be more vigilant.

She said: "We have also set up a standard operating procedure for more effective training and police have been doing frequent rounds in the vicinity."

She said the mall had about 2.3 million visitors a month last year.

"Our shoppers are a mix of locals and Singaporeans.

"We take the security issue very seriously and constantly monitor the place through closed-circuit television (CCTV) and patrols," she said.

Ms Soon said the exercises were carried out discreetly to avoid panic or chaos, adding that the mall receives about 700,000 visitors a month.

The added security measures come after Malaysian police have said the June 28 blast in a bar in Selangor was the work of Malaysian ISIS militants.

Police said the blast, which injured eight people, was caused by an old hand grenade that was thrown into a crowd watching a Euro 2016 match.

At least 15 people, including two low-ranking policemen, have been arrested in connection with the attack.

Malaysia has also ramped up security following the blast, including putting its main transport hub in the capital on high alert.

On Friday, police denied claims circulating on social media that militants are targeting locations in Petaling Jaya and Kuala Lumpur.

All passengers and bags destined for KLIA from KL Sentral will be subjected to security checks, said Mr Liow. More CCTV cameras and screening machines will also be installed at KL Sentral, he said.

Mr Liow said he also ordered security measures to be increased at all airports and train stations.

While the security level at the gateways is now at "amber", Mr Liow urged the public not to panic.

Dr Rohan Gunaratna, who heads the Nanyang Technological University's International Centre for Political Violence and Terrorism Research, said the new regional base was set up due to difficulties faced by ISIS recruits in going to Syria and Iraq.

"Now we have seen that in the Philippines, ISIS has created Katibah Al-Muhajir, the Battalion of Migrants.

"They are (made up of) Malaysians and Indonesians," he was quoted as saying by the New Straits Times yesterday.

"There are about 10 Malaysians (there now)," he added, citing intelligence on the new battalion.

Citing an ISIS propaganda video released last month, Mr Gunaratna said the militant group told its South-east Asian supporters to head to the battalion in the Philippines if they found it hard to go to Syria and Iraq.