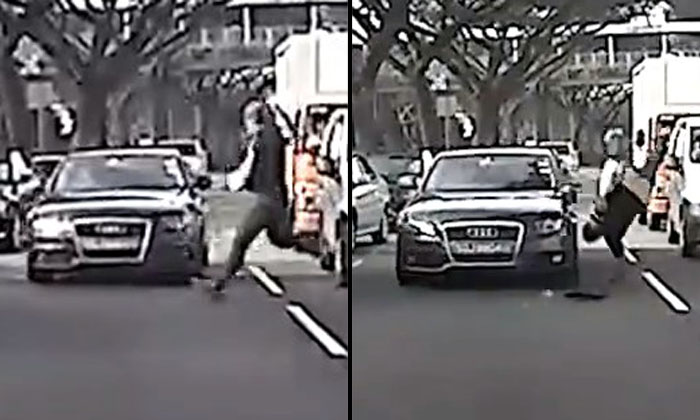 A man definitely regretted jaywalking after he ran straight into an oncoming car, and was sent airborne from the impact.

According to Roads.sg, the collision occurred on June 3 at 8:36am along Upper Thomson Road towards Sembawang Road near Casuarina Prata.

In a now viral video a user posted to the Roads.sg Facebook page, a pedestrian runs straight into the road from behind parked cars without checking for traffic.

The second he enters the road, he is met with an oncoming black car.

As neither the driver nor man have time to react, the jaywalker is sent flying into the air from the collision.

The impact causes the man to flip mid-air -- his shoes shoot off his feet, high into the sky, and his belongings violently scatter across the road.

He then has trouble getting up after a painful landing.

A woman standing nearby rushes to his aid, and the driver of the black car also comes out to check on him.