Posts with 'Singapore' tag go viral: Here's what Instagram is doing about it 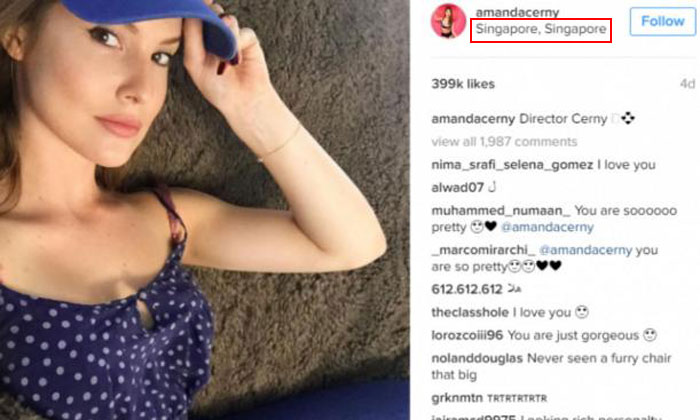 Instagram has fixed a "bug" that apparently made posts go viral when their location tag was set as "Singapore, Singapore".

The BBC received confirmation that the bug "impacted engagement" when posts were tagged with that location.

The hack increased the likelihood of a post on the photo-sharing app gaining more likes and garnering the user new followers.

It began when a few Internet stars such as Logan Paul, Dan Bilzerian and Amanda Cerny, all began tagging their posts with the location of the Lion City, despite not being in this region at all.

According to BBC, the hack worked with a user first posting an Instagram post with "Singapore, Singapore" as the location.

After garnering "likes" from random complete strangers all over the world, the location tag is removed. But the number of "likes" earned remained.

The confusion spread over social media, making people wonder if their favourite social media celebrities were indeed in town.

Ms Anna Lee, a digital strategist based in Singapore, called it the "Singapore boost", according to BBC.

"Having a large number of 'likes' on your Instagram posts feels good and being featured on the Explore page is a great way to find new followers."

She added that she was puzzled as to why such a small city-state could have such a significant impact.

"It is probably just a fad and will pass. The only way to continually engage and enlarge your fan base boils down to having interesting content that will add value for your followers."

Related Stories
Millionaire playboy mistakenly tags Instagram photo's location as 'Singapore', hilarity ensues
Join Biker Nessa and her Triumph Scrambler as she rides to photo-worthy places in Singapore
Blood-curdling images reveal a dark side of Instagram that will leave you horrified
This is what it feels like to be the fiancée of the King of Instagram
instagram
glitch