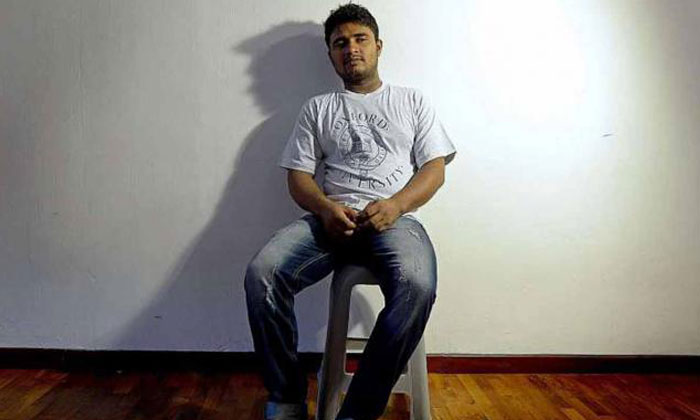 The Ministry of Manpower (MOM) is investigating claims by a Bangladeshi construction worker that he was locked up by his employer and threatened with repatriation after he sought his own medical treatment for a workplace injury.

Migrant worker advocacy group Transient Workers Count Too (TWC2) wrote in a widely shared Facebook post last Wednesday that it had "rescued" Mr Molla Shahjahan from a Tuas dormitory on Tuesday. The 29-year-old had called for help, saying his employer was holding him against his will and would send him home the next day.

But Mr Shahjahan's boss denies locking him up and threatening to repatriate him. He also insists Mr Shahjahan never indicated how severe his injury was and sought medical treatment without consulting the company.

Mr Shahjahan said he fell while carrying tiles at work on May 25. He hit his thumb, causing it to swell, and also hurt his back.

He said he informed his employer and was sent to a clinic the next day where he was given a day of medical leave and medicine for his thumb. But he added: "My back was still painful and I could not walk or sleep properly."

After another visit to the clinic, he went to Alexandra Hospital on June 4, where he was diagnosed with lower back pain, warded for three days and given 18 days of medical leave. But when he was discharged, he said he was grabbed by two men who took him to the Tuas dormitory.

There, he said, he was locked in a room for four hours while his employer told him he would be sent home the next day. The employer denied this when contacted by The Straits Times, saying Mr Shahjahan had told the firm only about his thumb injury. He added that the worker had vanished for a few days without telling the company, forcing it to terminate his work pass and make a police report.

It later found out he had been warded, racking up a bill of over $5,000 which the firm is liable for.

An MOM spokesman said: "We are looking into the worker's claim that he was injured due to work, and also the employer for repatriating their worker before his employment issue is settled."

She added that employers are not allowed to send back workers with outstanding employment-related claims, and that workers in such situations should approach immigration officers at the airport, who will refer them to the MOM.

Mr Shahjahan is staying at TWC2's shelter while the incident is being investigated.

TWC2 treasurer Alex Au said that the group hears of cases of "confinement with intent to repatriate" about once or twice a month.

This article was first published on June 12, 2016.
Get a copy of The Straits Times or go to straitstimes.com for more stories.