'I love you too, Dad': Joseph Schooling calls home after Olympic win 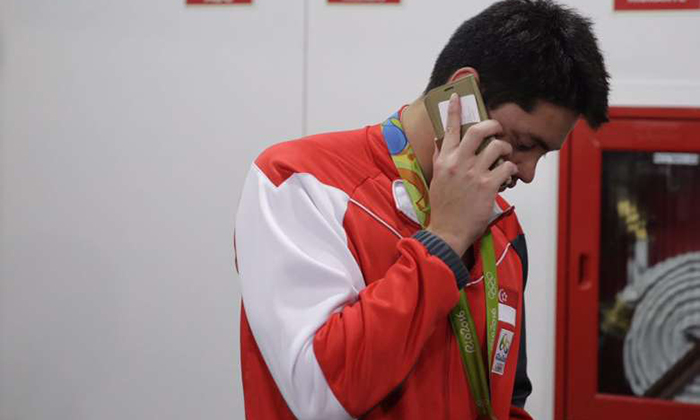 I love you too, Dad.

Those were the first words Joseph Schooling said to his father, Colin Schooling, who was watching the race in Singapore.

He finally got a chance to speak to his father after the media interviews following his win, even though it was a short call.

Relatives and friends who were watching the race with his father wanted to congratulate the newly crowned Olympic champion but Schooling had to keep it short. "I gotta go. You're gonna have to talk to mum."

His father, 68, did not travel to Rio with his mother, May, 61, because he was not feeling well.

He watched the race at the home of Teo Zhen Ren, who is a close friend of Schooling and a fellow national swimmer.

After Schooling's win, his first words to his son were: "I love you. Son, you have done the nation very proud."