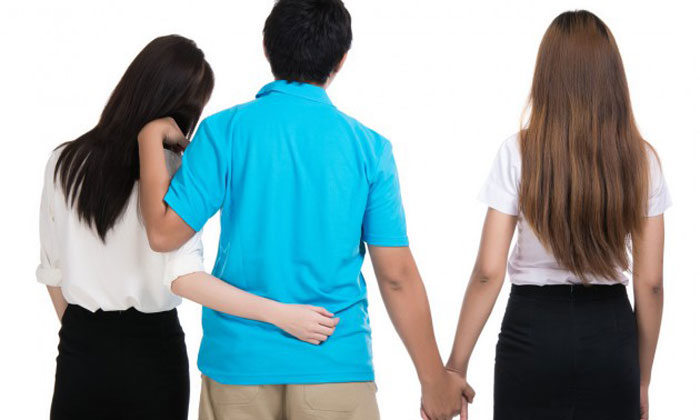 This woman stalked her crush's Facebook profile and his girlfriend's too, looking to find something to poison the relationship.

"One man's loss is another man's gain", they say.

Losing something, or in this case, someone, was hard. It didn't matter that I had only met Paul* recently, and that we were never in a relationship.

I just wanted him to be mine.

Paul was a well-spoken, down-to-earth financial analyst. He was charming, chiseled and on paper, would be many girls' top pick of men in a bar. We had met through a common friend, Liz*, and we hit it off quickly from the start. A couple months had passed and one night, I asked him if he would want to date me exclusively, and I wished I hadn't.

He told me that he wasn't ready for a serious relationship as he had just moved to Singapore six months ago and wanted to "explore his options". I was crushed. Two weeks later, I found out that he had started seeing someone new, and something in me… just snapped. I had to find out who she was.

Paul and I were friends on Facebook, so I stalked him. I started checking his status updates every night before I slept, and that turned into several times a day (he was very active on social media).

Once I had found out who the girl was, I started stalking her as well.

She was very attractive, slim built, and never ceased to look impeccable and put together. I thought to myself, "How could this girl be so perfect and flawless? There has to be something the least bit inferior about her." And my plan was to discover exactly what that was.

I pored through her photos on Facebook, read through every comment, and perused any of her friend's public profile that I could find. We didn't have any Facebook friends in common as she was an expat, so that made my search slightly laborious, but that didn't stop me.

Hours turned into days and I found myself spending my weekends in bed fulfilling this obsession, with one goal in mind. After two weeks of searching, I found something. This "little-miss-perfect" had, in fact, a long-term boyfriend back home in Hong Kong. My heart sped.

Could I be right? How did she manage to hide this from Paul?

Did anyone else know? Did Paul know?

I dug as much information as I could and even Googled for details on her alleged Hong Kong boyfriend. I was right. Then I thought… now what? I couldn't sleep that night. I pondered on what I should do next and that night, I had decided that I would expose her.

I created a Facebook profile under a false email address, a false name, and began crafting a message to Paul. It took me two hours to write the message, including all the links and photographs of the evidence. I didn't feel a sense of hesitation and clicked send.

The very next day, Liz called me and recounted the entire conversation that she had with Paul and the deception and hurt that he felt from finding this out about the perfect girl he was dating. I struggled to conceal the tone of content in my voice.

But in the end, I felt guilty and my heart was in my mouth… because the last thing that he told Liz was that he wished he had chosen to be with me instead.

This article was first published on Singapore Women's Weekly.

Related Stories
'I was a married man's mistress for 15 years -- and here's why I ended things'
7 years of marriage and 3 kids -- but my cheating husband has been lying to me long before that
'He cheated on me over and over again, was accused of molestation during my pregnancy, and hit me when we quarrelled'
"I found out my husband was sleeping with social escorts and having cybersex with other women"
'My husband ran off with my best friend -- and her partner was the one who told me'
'My husband was having an affair with my friend and her hubby told me'
'My wife refuses to have sex with me, I think she's cheating on me with our relative'
'My husband's sister acted like she owned him and made my marriage a nightmare'
Hubby left wife after she refused to let him speak to female colleague
'My hubby goes out with single women -- and he thinks there's nothing wrong with it'
'I slept with a relative and now I can't end the affair'
'My cheating husband brought our daughter to meet his mistresses'
'My husband cheated on me, so I got back at him by having an affair too'
confession
confessions
relationship
relationships
dating
cheating