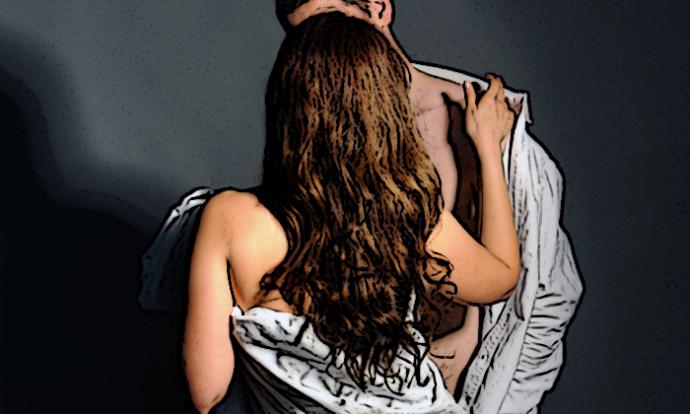 Her boyfriend told her that although he had slept with his colleague, it meant nothing to him.

As told to Simply Her writer Jo Upcraft:

"I reconnected with an ex-boyfriend just after my divorce - we met in Indonesia where we both happened to be working.

After five years of bliss, I was relocated back to Singapore so we continued our relationship long distance.

It was not a surprise when I discovered he was cheating.

The signs were there after three months apart - the excuses not to fly over for the weekend, and my offers to go to him started to come with problems.

It was when he gave me the silent treatment - not answering his phone, ignoring my Facetime and Skype calls and leaving my e-mails unanswered- that I reacted.

I flew to Jakarta to see him face to face.

As usual, his front door was open as it often was for ventilation.

They were in vests and both had their backs to me.

When he saw me, he turned grey.

The first thing he said was, 'This is not what you think', when it obviously was!

He denied an affair and claimed the woman was a colleague whom he'd slept with but meant nothing to him.

The guilt was all over his face and when he said he was only using her because he missed me, I felt so disgusted.

I'd like to say I remained cool but I was shaking and sobbing, as I was so in love with him.

I told him I didn't blame him as we were living so far apart, but he had not treated our relationship with the respect or honesty it deserved.

I left him and after a period of upset, tears and sorrow, I actually felt relieved.

Once I'd turned the corner, I felt I'd had a lucky escape.

I saw our situation as a lesson of strength and forgiveness for me.

I now look forward to my next relationship."

Related Stories
Married lawyer suspended for having affair with client after her BF complained
'I slept with a relative and now I can't end the affair'
'My husband was having an affair with my friend and her hubby told me'
More About:
affair
scandal