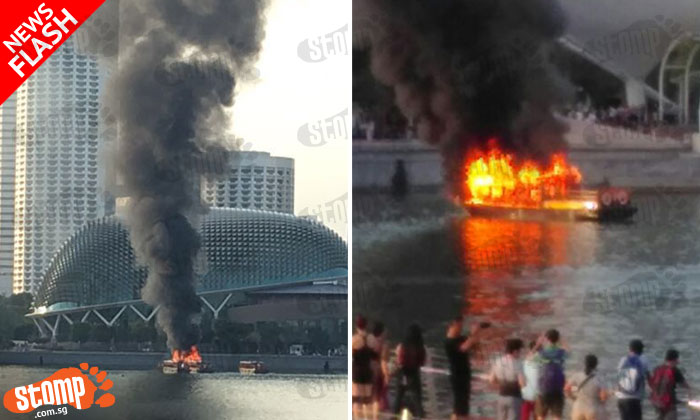 It is unclear what happened but Stomper Jeffrey said he heard a loud bang before he saw the flames.

"The boat was a passenger boat, the kind that tourists take to go down the Singapore River.

"I think the fire was caused by the the boat hitting a wall", said the Stomper.

Photos the Stompers sent show thick black smoke coming out of the burning boat. The smoke was clearly visible even from Clarke Quay.

SCDF personnel were at the scene putting out the fire. A Stomper reported seeing two fire engines as well as an ambulance near the Marina Bay area.

It is unclear if there were any fatalities or if anyone was injured.