How two converts to Islam experienced first Ramadan as Muslims 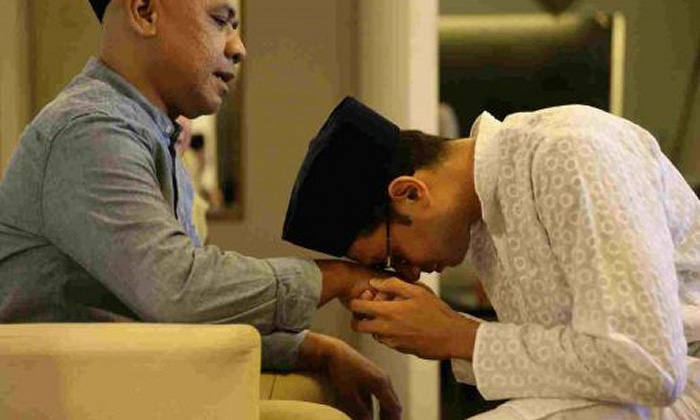 When train captain Muhammad Joy Kumar Paul turned 25 in May, he celebrated by converting to Islam.

The ceremony was held at the Muslim Converts' Association (MCAS) and witnessed by his closest friends and fiancee's family. That same day, he attended his first Friday prayers as a Muslim at Assyakirin Mosque, near his home in Taman Jurong.

Mr Muhammad was brought up in a Buddhist family, but growing up with Malay friends, he knew "how a Muslim behaves, what they are supposed to do and what they do not do".

Still, he never expected to become a Muslim until he met Ms Syuhaidah Sha'ada, a 24-year-old pre-school teacher.

The couple got engaged in June but it was not an easy decision. They had a serious talk about their relationship in the long term and considered breaking up.

On his own accord, however, he researched and watched videos by Islamic scholars online, as well as talked to Muslim friends, to learn more about the religion.

Mr Muhammad lives with his mother, who is divorced, and elder sister. Both felt it was his decision to make. He also attended beginner courses at MCAS last year.

Every year, about 600 people convert to Islam at the three-storey building located in Onan Road in Joo Chiat.

Also known as Darul Arqam Singapore, the one-stop centre for converts was set up in 1980 to oversee the welfare, religious guidance and problems of new converts.

All prospective converts are encouraged to take up basic courses on Islam. Mr Muhammad went through Ramadan as a Muslim for the first time this year. The ninth month of the Islamic lunar calendar, Ramadan is a holy period of fasting, reflection, devotion, generosity and sacrifice observed by Muslims around the world.

While there have been challenges, he has been touched by the support of his loved ones.

His mother, a Buddhist, cooks the food he wants to eat and made sure there was food in the morning when he woke up to break fast during Ramadan. She buys meat and produce that is certified halal for his sake.

Like Mr Muhammad, Ms Rachel Aryssa Chung, 39, converted to Islam two months ago. The customer insight and communications manager at a gas company found fasting during Ramadan to be particularly challenging.

"What's more, coffee is not recommended because it dehydrates the body but I don't function well without coffee. I always tell my colleagues I'm not human until I have my coffee," she said, laughing.

Divorced for 10 years, Ms Chung has two daughters. She has been dating a Muslim for a year and is still learning about her new faith.

It was her own decision to convert. She said of her new faith: "I feel that it's a very comprehensive and disciplined faith. How you should treat other people, how you should behave as a person. We're encouraged to pray five times a day. When you do things like that, I feel that it changes you as a person."