How did this van end up sandwiched in between road barrier at Choa Chu Kang Central Blk 209? 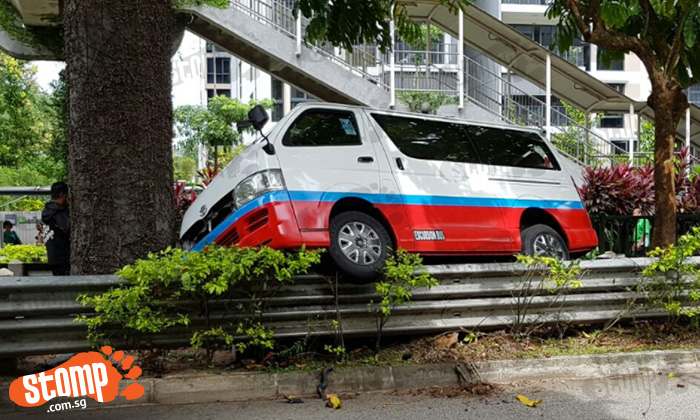 Stomper Dereth was shocked to see a van that had crashed and got stuck in between a road divider at Choa Chu Kang Central Block 209 today (Dec 23), 2.20pm.

"I heard a loud bang, and to my horror, I saw a van sandwiched in the middle of the road divider under a overhead bridge.

"I quickly called the ambulance, and I saw that the driver was up and about, walking and using his phone.

"No idea how it ended up there though."

Dereth also added that the ambulance had arrived shortly, and thankfully, no other vehicle was involved.

"SCDF received a call for assistance at about 2.20pm.

"One ambulance was dispatched. No one was conveyed to hospital."