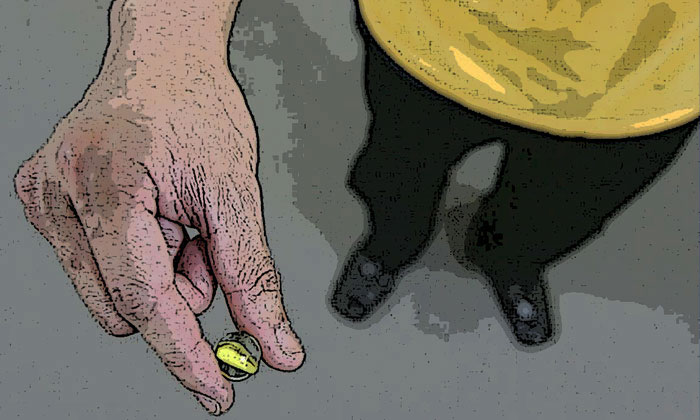 Stomper Shelly shared an account of her neighbour's bizarre habit of dropping marbles in his Marine Parade HDB flat on random nights.

Said the Stomper in an email:

"An old man in his 70s starts playing with marbles on random nights and that's fine - until he decides to let the marbles drop on the floor, one by one.

"The marble-dropping sounds usually occurs after midnight, when most of us are either asleep or trying to relax and get some rest.

"That's when you suddenly hear the shifting of furniture, sometimes the thumping of something, and then the marbles bouncing as they're being dropped.

"Neighbours around his unit have already reported to the police."

Stomper Alex however has offered an explanation for the marble-dropping sounds.

"These are not marbles, it is noise coming from the structure of the building when it expands or shrink when temperature changes or drops (hence the night).

"It's a defect in building construction/design. Instead of police they should approach BCA, URA and HDB.

"It happens in many other buildings in Singapore and you should Google it to find more info. They should approach their neighbours peacefully to confirm and start a collective action (including the old neigbours) to solve the problem."

Stomper Shelly has recorded a sound clip of how the dropping of marbles sounds like. Listen to it below.