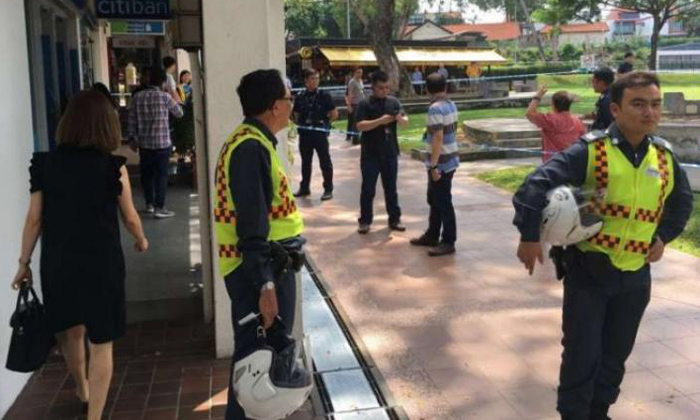 The Singapore Police Force (SPF) have announced that the suspect in the Holland Village bank robbery case has been arrested in Bangkok, Thailand.

The police made the announcement on their Facebook page, and said the suspect was apprehended with the aid of the Royal Thai Police.

An islandwide manhunt was launched after the man brazenly walked into the bank at around 11.25am on Thurs (Jul 7), slipped the teller a piece of paper with his demands, then got away with the money on foot.

"The Police through the investigations managed to establish the identity of the suspect on the same day but he had already left Singapore for Bangkok, shortly after the crime was reported.

"The Police have been in communication with the RTP, and obtained their assistance in locating and arresting the suspect.

"The Police did not release further details beyond the initial police statements for operational reasons to ensure the arrest operation was not jeopardised.

"The RTP located the suspect and arrested him in Bangkok on 10 July 2016.

"The Singapore authorities are currently engaging our counterparts in Thailand to see whether the suspect can be released into our custody."