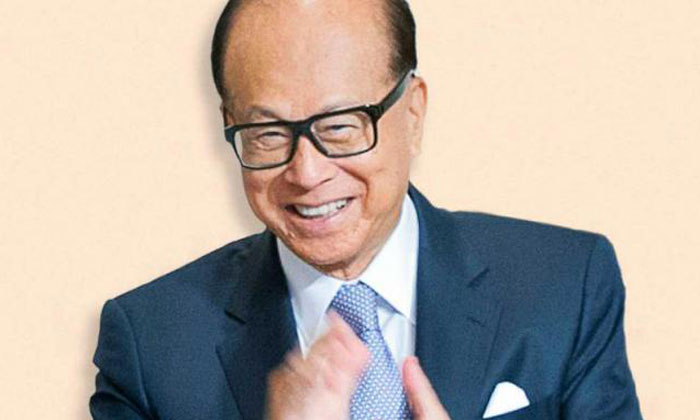 Noted Hong Kong businessman Li Ka-shing may be a billionaire who can well afford many of life's luxuries, but when it comes to his personal timepiece, it is a solar-powered Citizen Eco-Drive watch estimated to cost US$500 (S$672.98) that adorns his wrist.

While US$500 is not small change to many, but for Hong Kong's richest man, the choice may be a surprise.

The 88-year-old revealed this personal piece of information during an in-depth video interview with Bloomberg, when the reporter took notice of his understated timepiece. According to the news agency, the billionaire only recently "upgraded" to the US$500 Citizen, and wore a simple Seiko watch for decades, shunning the Rolexes, Panerais and Patek Philippes.

He goes on to explain why he "made the switch" three years ago: "You have five minutes, you can charge (it), you don't need to charge the battery, and you can go swimming."

When asked if his friends tease him about the watch, he replied: "No, because they know my character."

He goes on to say that he likes that he doesn't have to be careful with the watch.

Shanghaiist reported that the best part of the interview was when the reporter revealed her own wristwatch, a Audemars Piguet Royal Oak with a diamond bezel, "which is estimated to cost 30 times as much as Li's more frugal alternative".

Another nugget of information uncovered during the interview was that Li always sets his watch 30 minutes before time.

Why? "Because even if I forget an appointment, anywhere in Hong Kong, I can be there in half an hour," he said simply.

In his speech, described as "inspirational", Li told 2,161 graduates that in order  to stand out in an era when technology empowers machines with the ability to make observations and think logically, humans need to keep on learning with a humble attitude, to be open to new ideas and to be compassionate.