Here's why being in a trailer's blindspot is extremely dangerous 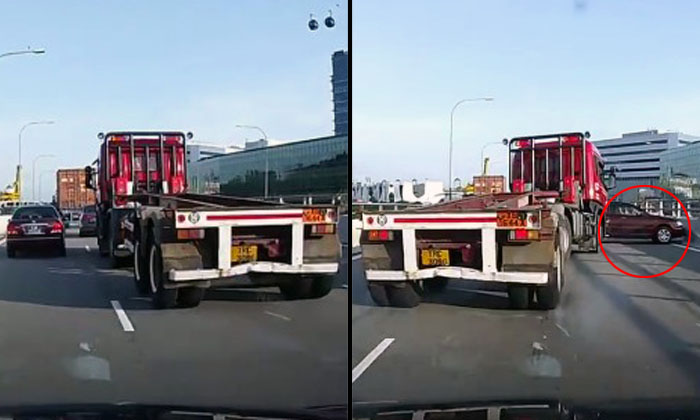 Most motorists know that staying out of a trailer's blindspot will ensure their own safety.

However, sometimes we forget to follow such practices when we are busy rushing to a location.

One such driver learned a painful reminder as to why keeping a safe distance and staying out of a heavy vehicle's blindspot is necessary.

A video posted on Roads.sg, credited to Nicholas Chay, shows vehicles travelling along the flyover at West Coast Highway,  near HarbourFront.

The clip shows a driver travelling right next to the left side of the cabin of a trailer.

The trailer driver, unable to see the car driver in his blindspot, makes a lane change and crashes into the car.

The car is sent skidding across three lanes and into the concrete barrier.

The trailer ends up blocking two lanes after coming to a halt from the impact.

A pick-up truck driver travelling on the right lane is seen coming to screeching halt and barely avoids colliding into the trailer and crashed car.